Anil Kapoor thanks Mumbai police for being supportive at Sridevi's funeral

The actor took to Twitter to thank the city police personnel for guarding the family's privacy in the trying time. 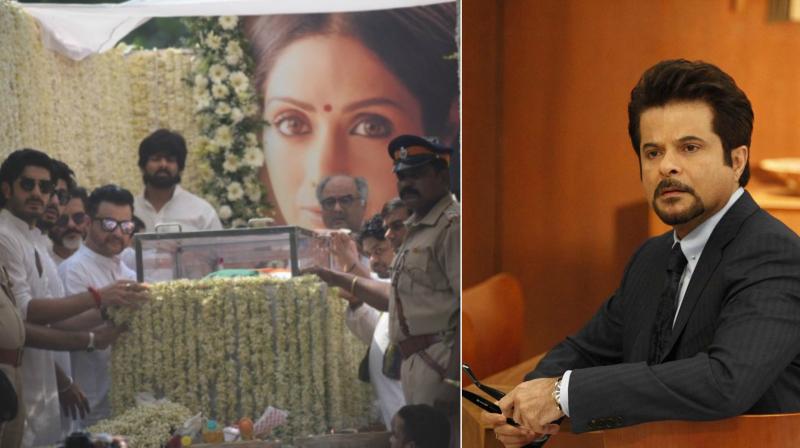 The 61-year-old actor, who is the brother-in-law of the deceased star, thanked the city police personnel for guarding the family's privacy in the trying time.

In a statement on Twitter, Kapoor wrote, "As we mourn, I'm deeply thankful to our friends and well-wishers who have formed a protective circle around us so we can grieve in peace...

"I would specially like to thank the Mumbai Police for being by our side through it all and making sure we got the space and privacy we needed, to do what was necessary. Thank you for your prayers and understanding."

Mumbai Police replied from its official Twitter account, saying, "We all are with you and your entire family in this moment of grief."

We all are with you and your entire family in this moment of grief. https://t.co/px2flV9gIF

Scores of police personnel and private security guards were deployed at the residence of Sridevi and they had a tough time managing people who had turned up in huge numbers to bid farewell to the superstar yesterday.

People from as far as Karnataka and Chennai had come to catch the last glimpse of their screen idol.

The body of Sridevi, whose sudden death triggered a frenzy of grief and disbelief, was flown back to Mumbai on February 27 after the Dubai authorities determined that she had accidentally drowned in her hotel bathtub.

The 54-year-old actor was in Dubai to attend a family wedding.