Karan Johar’s Shiddat will no longer see the light of day. 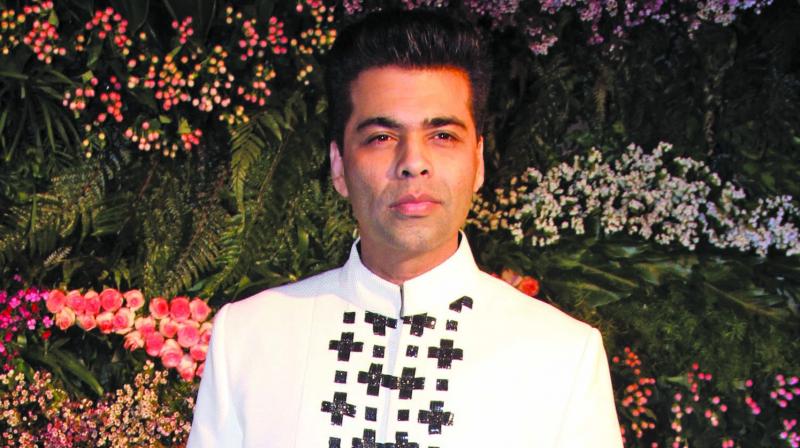 Actress Sridevi’s death has shattered the whole film industry. Apart from the family, one person who is deeply affected by this loss is Karan Johar. The director-producer hasn’t slept a wink since the tragedy occurred.

Says a source close to him, “Karan has taken charge of both her daughters, Jhanvi whom he is launching this July and her younger sister Khushi. Karan is very attached to the two girls, now more so than ever.”

Sridevi’s next film was going to be a Karan Johar production. Karan has now decided to shelve the project.

Says a source, “Shiddat was going to star Sridevi, Sanjay Dutt, Varun Dhawan and Alia Bhatt . It was to be directed by Abhisek Varman, who directed Hasee Toh Phansi for Karan Johar’s Dharma Productions. This would have been Sridevi’s first film with Dharma Productions since Gumrah, which also starred Sanjay Dutt.”

Meanwhile, Boney Kapoor shared a heartfelt letter on Twitter, mourning the loss of Sridevi. “Losing a friend, wife and mother of two young daughters is a loss inexplicable in words. I would like to express my sincere gratitude to my family, friends, colleagues and well-wishers and all of you countless fans of my Sridevi who have stood by us like rocks. I am blessed to have the support and love of Arjun and Anshula, who have been such pillars of strength for myself, Khushi and Janhvi. Together, as a family we have tried to face this unbearable loss (sic),” he wrote, adding, “To the world she was their Chandni... the actor par excellence... their Sridevi... but to me she was my love, my friend, mother to our girls... my partner. To our daughters, she was their everything... their life. She was the axis around which our family ran (sic).”

Superstar Amitabh Bachchan, who starred with Sridevi in films like Khuda Gawah and Inquilaab, dedicated a farewell poem for the actress, composed by Kaifi Azmi. “Rehne ko sada dehar aata nahi koi, tum jaisa gae aise bhi jaata nahi koi (sic),” Big B tweeted, adding, “Javed Akhtar narrated this sher to me at funeral of Sridevi .. said it was written at time of Guru Dutt demise ; but so appropriate for today (sic).”