Entertainment   Bollywood  02 Mar 2019  I had to work in Hollywood to get roles in Bollywood: Ali Fazal
Entertainment, Bollywood

I had to work in Hollywood to get roles in Bollywood: Ali Fazal

Although his earlier work was noted, the actor feels that he had to go to Hollywood to be relevant in India. 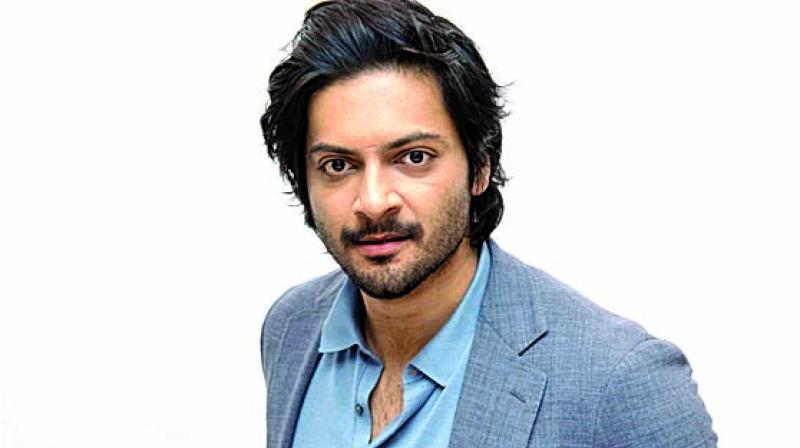 Actor Ali Fazal has had a see-saw graph in Bollywood. Beginning his career with a small appearance in 3 Idiots, he did several films including Fukrey and Happy Bhag Jayegi besides playing the role of Guddu Pandit in Mirzapur. The actor is likely to hit theatre soon with his upcoming film Milan Talkies directed by Tigmanshu Dhulia.

Although his earlier work was noted, the actor feels that he had to go to Hollywood to be relevant in India.

Talking about his acting journey, which started around a decade ago, the actor says, “I look at my journey as fulfiling one. It has been amazing. I came from nowhere, did a cameo in 3 Idiots and after that did some random films before I got Fukrey. After that, I again did random stuff and then I got Fukrey 2. It has been a nice journey, I was moving ahead step by step and was growing alongside,” says Ali who hails from Uttar Pradesh and has no one related to the film industry.

When it comes to validation, Ali who has done Hollywood film Victoria & Abdul besides a special appearance in Furious 7 says, “Unfortunately, if I may say, to get validation here (Bollywood), I had to go to Hollywood. But, it is fine. I feel blessed.” Stressing on the fact that he had to work in Hollywood to get roles in Bollywood, Ali says, “I can rightly say so! It took me to go there to come back here. Even the same happened with Yoga. Kamasutra also became famous after going there.” The actor further adds that working in Hollywood films does make a difference here in Bollywood.

Talking about the Indian film industry, Ali says, “We had a great cinema in the 50s and 60s. We are very proud of our cinema. In fact, in the last two years, the content in our industry is coming back. Yeah, in the middle, we did lose the plot.”

On Bollywood front and his film Milan Talkies, Ali Fazal recalls how this project was on halt for a few years before he was signed. “Four years ago, I went to congratulate Tigmanshu sir for the success of Paan Singh Tomar. At that point, I had asked him about Milan Talkies and told him the title is intriguing and sounds good. He mentioned that it is being made with someone else and last year, I got a call from Tigmanshu sir. I had just finished Mirzapur when he called me to do this film and when he saw me, he was shocked as I had built up a lot of muscle. However, for this role, I reduced a lot.”

The actor also seems to be on a signing spree in Hollywood. “I have signed a contract. I can’t talk much about it now. I’m happy that I have signed this war drama. It’s about the Iraq war and is a biopic. I was the first one to have come on board with four more actors. All I can say about my role is that I play a writer, the original man who is still alive,” says Ali while stressing that he won’t do any small roles in Hollywood.

So, with so much going on, how does he maintain his long-distance relationship with Richa Chadda? Laughing aloud he says, “Don’t call it long-distance.” When he was asked to confirm Richa’s quote calling their favourite meeting point to be an airport, the actor agrees. “Yes! Owing to our busy schedule, we do meet most of the times at the airport only.”

And, are there any marriage plans? In an attempt to dodge the question, Ali says, “To plan our marriage, we have to meet. So, until we meet, we can’t tell you about our plans.”