I want to be a pan-India actress, says Aditi Rao Hydari

The Padmaavat actress feels lucky that she was exposed to quality education in her growing years. 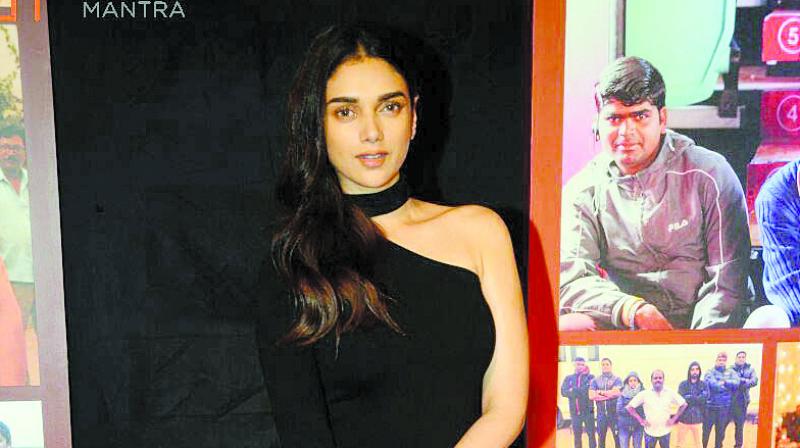 While her grandfather ran a publishing firm for academic books, Orient Blackswan, her grandmother started Vidyaranya High School in Hyderabad, and education was always a part of their dinner table conversations. No wonder then, the cause of education has always been close to Aditi Rao Hydari’s heart.

“I come from a family that has believed very deeply in education. If I can contribute to children’s education even in a small way, I will make my family proud,” says Aditi, who was recently in Hyderabad for Teach For Change’s annual fundraiser.

On education and exposure
Talking about the event, Aditi says, “I am helping in raising money, but I would like to do more. Money is very important, but time is even more important. There are many who can give money, but giving a part of yourself is what counts more.”

The Padmaavat actress feels lucky that she was exposed to quality education in her growing years. “By education I don’t mean literacy, I mean exposure — knowing right from wrong, knowing your rights, being empowered to make decisions. I feel if I could give my time, I would share some of my lucky upbringing with others,” she says.

On her acting odyssey
Coincidently, Tollywood is Aditi’s next stop as she gears up for a film opposite Varun Tej. “I don’t like to speak about anything before it starts. But I would say that I have really enjoyed listening to the narration and I really admire Sankalp Reddy’s vision. Currently, I am shooting for Mohan sir’s film, and my second film with Mani Ratnam,” she says.

However, despite experiencing many successful runs in the business, Aditi feels that she is still a “baby in the industry”. “I don’t know anything!” she exclaims, adding, “Success means different things to different people. To me, success means when people who you love and respect, pick you to be a part of their film. I don’t feel it has anything to do with me, but the people who make me and the team that makes the film, who give me the character and mould me. The only credit I can take is that I love my work. You can put me in front of the camera for 48 hours continuously because I enjoy it so much.”

Aditi goes on to add that she wants to make an impact all over India. “I want to be a part of memorable cinema. Only a great director, a great writer, editor and DOP can make that happen. I will feel lucky if I become known as an actress across the country. India is a diverse country and films are about feelings, not about language. I don’t want language to limit me—whether it is in India, or abroad, I want to be able to push myself,” she concludes.