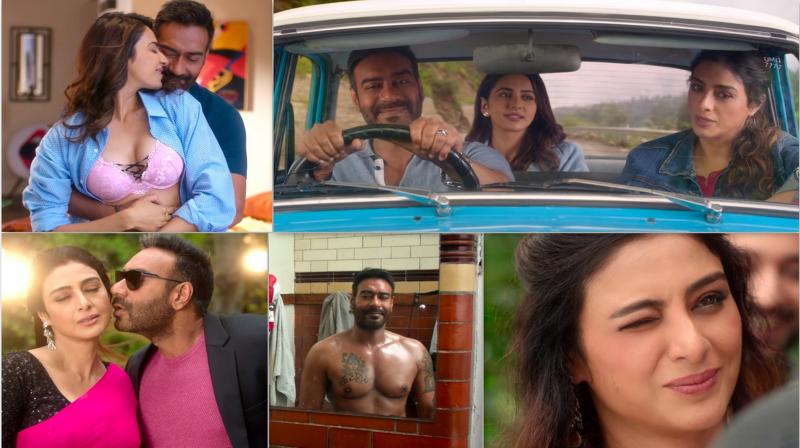 New Delhi: Ajay Devgn surprised his fans today when he shared the trailer of his upcoming rom-com ‘De De Pyaar De’ on his 50th birthday.

Amid great suspense and questing the thirst of his fans, Devgn took to Twitter and wrote, “Completed half century! A small gift from my side.”

The interesting trailer shows Ajay Devgn (Ashish) (50) as rich and old falling for Rakul Preet Singh (Ayesha) (26) who is beautiful and young. The Golmaal series fame actor will also be seen portraying a divorcee with two kids who are as young as Rakul. Tabu (Manju) is seen playing the role of Devgn’s ex-wife.

The film also stars Alok Nath, Javed Jaaferi, Jimmy Shergill in key roles. The poster of the film which was released on March 22, caught the attention of the viewers because of Devgn's iconic leg split. The film under the direction of Akiv Ali hits the theatre on May 17.