According to Kumar it is easier for him mould his actor into a character and get the desired result. 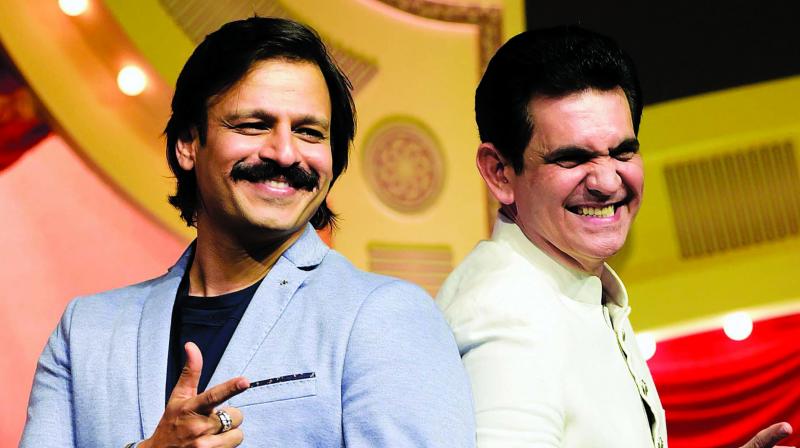 For the film while Vivek went through various look tests, his current look has also been trolled.

One of the controversial biopics of 2019 - PM Narendra Modi - is yet to hit the theatres and director Omung Kumar can’t stop praising his lead actor Vivek Oberoi. Kumar who has earlier worked with actors like Aishwarya Rai Bachchan, Priyanka Chopra and Sanjay Dutt, asserts it to be his best decision.

“He is a fantastic actor and not an underrated actor. His time has come and he has great potential. He always stood out in all his films be it Satya or Company. Since he stands out in whatever he does, so why not this?” asks the filmmaker.

According to Kumar it is easier for him mould his actor into a character and get the desired result. “For me it is easier to mould him and make that character come alive. In fact, he has done a fantastic job. Vivek has gone into all the nitty-gritties and we have followed everything, and yet haven’t made it into a caricature,” he adds.

However, the movie has received a lot of flak for its release date of April 12, as it happens to be the day after the first phase of the Lok Sabha voting.

“It is not a propaganda film. I am a very neutral person and not political person. So I don’t think about the propaganda at all. I think this is the perfect release date for our film but we should have come all alone. There are some more films releasing on the same date,” says Kumar.

For the film while Vivek went through various look tests, his current look has also been trolled. To which the filmmaker remains unaffected.

“It doesn’t affect me at all. It’s more like, for 100 trolls we get a few 100 likes. Trollers are someone who doesn’t have anything to do besides pulling someone down. There are so many Vivek and Modi fans and they will get to know what the films is out,” he says.

The biopic will traverse the journey of PM Modi from his humble beginnings to his years as Chief Minister onto his landmark win at the 2014 election and finally being nominated as the Prime Minister of India.