It would be the biggest and happiest news for Hrithik and Deepika fans as they will be seen first-time together on-screen. 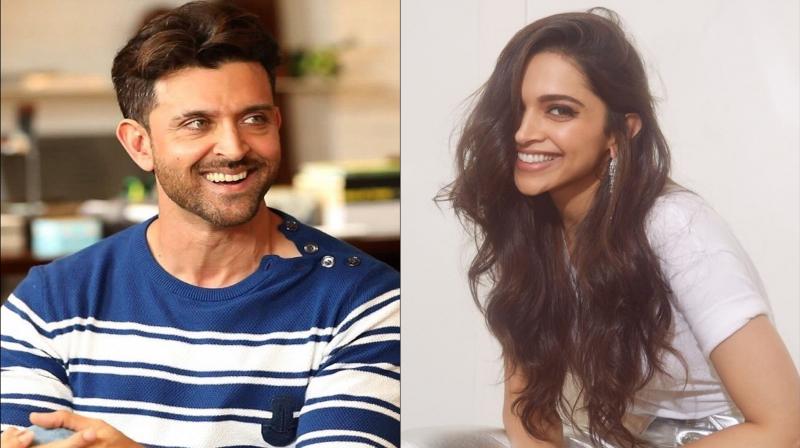 Mumbai: Hrithik Roshan who recently impressed the audience with his acting skills in 'Super 30' is all set to play a different character in an upcoming venture. Hrithik fans can't keep calm to see Hrithik again in never seen before avatar.

Amidst all, the latest report stating that Hrithik will be playing Lord Ram in Nitesh Tiwari's mythological drama, Ramayana. Interestingly, the report also suggests that the 'Super 30' actor has said yes to the film. Helmed by Nitesh Tiwari and Ravi Udyawar, Ramayana will be shot in 3D and released in Tamil and Telugu as well. Produced by Allu Aravind, Namit Malhotra and Madhu Mantena, the makers are hoping to make this project grand.

Meanwhile, the additional reports also claim that producer Madhu Mantena insisted on casting Deepika Padukone as Sita opposite Hrithik Roshan. If things work out, then it would be the biggest and happiest news for Hrithik and Deepika fans as they will be seen first-time together on-screen.

On the work front, Hrithik has a line up of War, Krrish 4, while, Deepika will be seen in Chhapaak and '83.