Juhi Chawla on playing roles that the audience still remember her for. 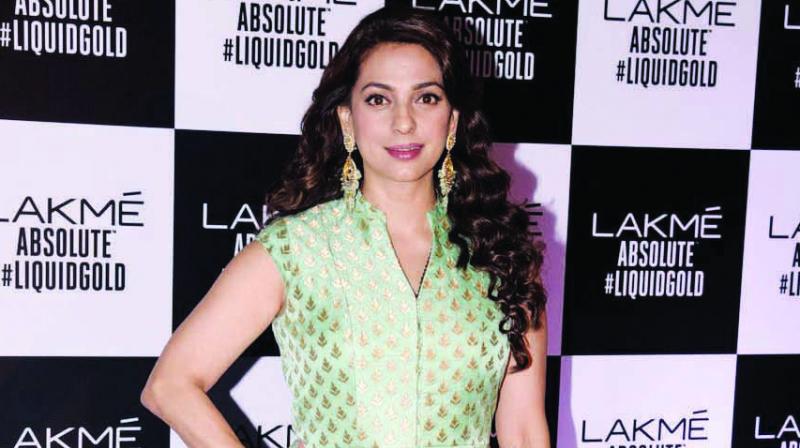 Juhi Chawla ruled the hearts of millions of Indians in the 90’s as the quintessential bubbly girl next door. The actress reveals that that’s the kind of character she was most comfortable playing since it came naturally to her.

“I was so happy doing such roles because when I tried to be a seductress or something else, I found it difficult and it would unnerve me. What came easily to me, and what I enjoyed tremendously was being cheeky, funny and putting a smile viewers’ faces,” Juhi says, adding, “I loved that I was the girl kind of girl you could take home to meet your mom, and I'm so glad that that’s the image that has remained in the minds of people.”

The actress reminds us that she’s also played several characters outside this bubbly, cheerful mould, and she’s immensely proud of those films as well.

Talking about the changes in the industry she’s witnessed over the years, Juhi says that the one she’s most grateful for, is bound scripts, “These days, you get a bound script, so you can read the story beforehand and understand your role very clearly before jumping into a project. Earlier, we would only be given an outline of the story and the names of the producer, director and lead hero.”

“In fact, I remember, the only scripts I ever heard in the 90’s were of Aaina and Darr, both of which were produced by Yash Chopra. The team literally read out the entire script to me before I started actually shooting,” she adds.

These days, Juhi is in a happy place, and she’s being extremely picky, choosing only those projects that genuinely excite her. “I’m in bliss right now, because I’m doing the work I like, and getting time to spend with my family. If I don’t want to do something, I just politely decline. It’s taken me nearly half my life to get to this stage, and I’m very happy right now,” she says.