The crew collectively posed for a still flaunting their alike steel sippers. 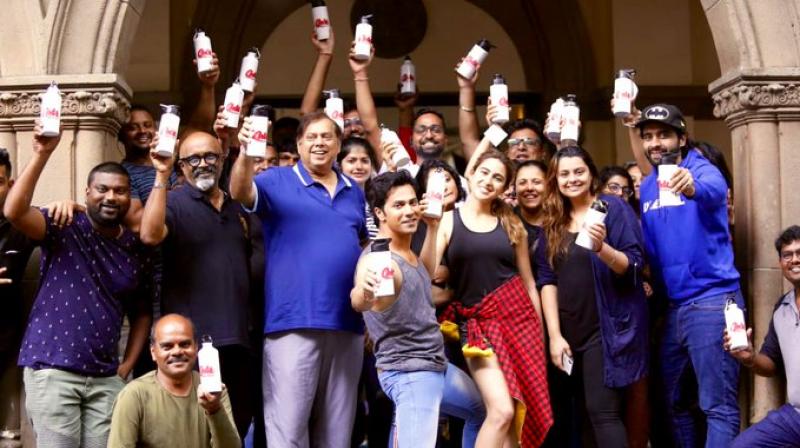 The crew collectively posed for a still flaunting their alike steel sippers. The picture-perfect capture features Varun taking the centre space with his co-star Sara Ali Khan while his father David Dhawan stood beside him.

He even added, "The sets of #CoolieNo1 will now only use steel bottles."

Being a plastic-free nation is the need of the hour and great intiative taken by our prime minister and we can all do this by making small changes. The sets of #CoolieNo1 will now only use steel bottles. @PMOIndia pic.twitter.com/T5PWc4peRX

The team commenced shooting for the film in Thailand earlier in August. 'Coolie No. 1' is the remake of 1995 film of the same name. It starred Govinda and Karisma Kapoor in the lead.

The announcement of banning single-use plastic was made by Prime Minister's radio address 'Mann Ki Baat' and also in during his Independence Day speech in August. And not the initiative earned him praises, a host of celebrities congratulated the Prime Minister. From Aamir Khan to Karan Johar, Ayushmann Khurrana to Bhumi Pednekar, people from the film fraternity shared their happiness on the micro-blogging site.