He missed some important time with his children when he was in jail: A source 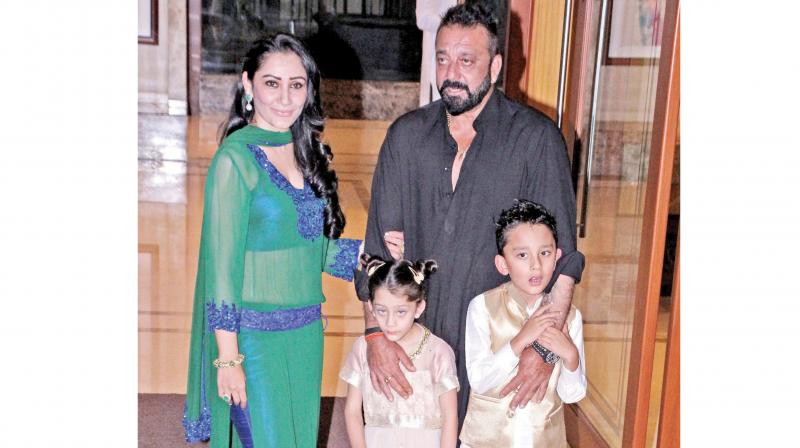 Sanjay Dutt with his family.

Sanjay Dutt is rather focused these days. He has told his team that he wants to do very select movies with some dear friends and good filmmakers, and then call it a day as an actor.

Says a source close to the actor, “Sanju wants to spend a lot of time with his family, especially with his kids Shahran and Iqra. He missed some important moments with his children when he was in jail, and hence wants to make up for all of it. He doesn’t have to struggle for money, and is decently well off. So, he will not just pick up any offer that comes his way now. He’s going to be extremely choosy about his films at the moment.”

Sanjay had recalled earlier, “I couldn’t meet my children in jail, and had asked Manyata to not bring them there. I did not want them to see me there. It was a tough time. My wife had told the children that I was away and shooting.”

The actor, professionally, is rather perturbed by his latest release Bhoomi flopping, and hasn’t given the nod for anything else except Omung Kumar’s The Good Maharaja, as well as Raju Hirani’s next Munna Bhai instalment.