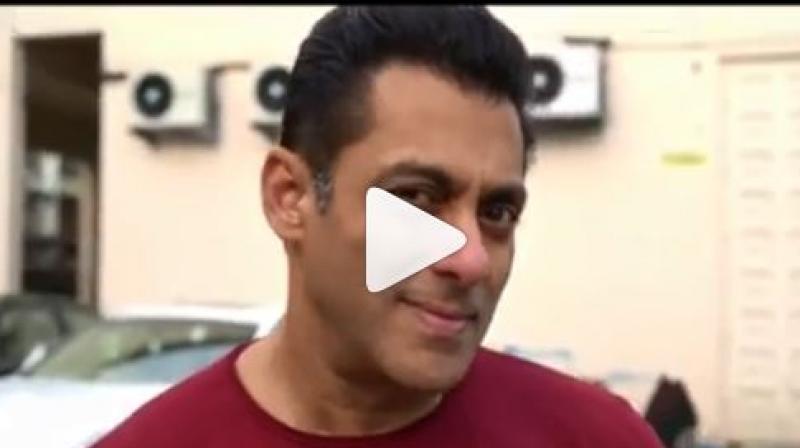 Mumbai: Today is 2nd October, which marks the 150th birthday of Mahatma Gandhi, also called as the Father of The Nation. If you check out your social media feed, a lot of Bollywood celebrities are sharing Gandhi’s notions of cleanliness. It was an important mark in India’s independence.

On the similar lines, the top notch celebrity who preached about clean India, was none other than our ‘Chulbul Pandey’- Salman Khan. The Dabangg 3 star went on Instagram and posted a video which said, “Celebrate Gandhi Jayanti with fervour. And with that keep focus on keeping fit and keep India clean. Swacch Bharat, Swacch Bharatiya, Fit India, Fit Indians.." He captioned the video stating, "#GandhiJayanti k is mauke pe, Bhai ne bola aapko message dene ko... aur Chulbul Pandey is ready! #PMOIndia @kiren.rijiju"

Dabangg 3 shall see the stellar cast of Arbaaz Khan and Sonakshi Sinha, apart from Salman. Directed by Prabhu Deva, the film is slated to release on December 20.