Made In China: Rajkummar and Mouni share BTS memories while shooting for 'Sanedo'

Rajkummar has loved the Garba dance form and for Mouni, doing this dance form on screen was a first. 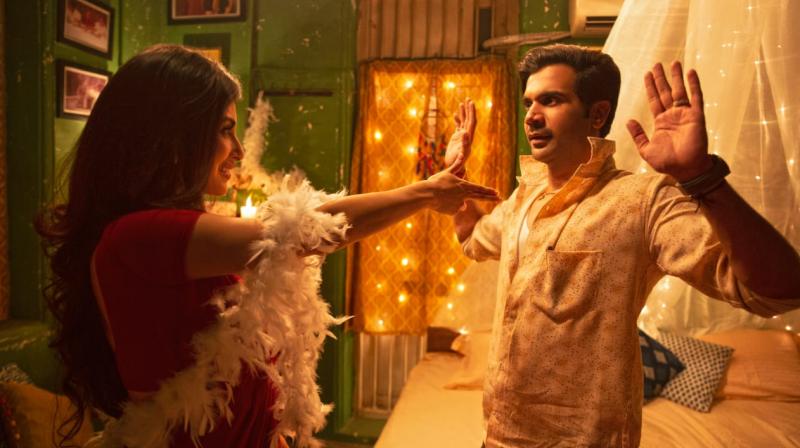 Rajkummar Rao and Mouni Roy in the still of song, Sanedo.

Mumbai: For the quirky Navratri blockbuster Sanedo that released yesterday, the lead cast of Made In China Rajkummar Rao and Mouni Roy freestyled their way into Garba season. Director Mikhil Musale, in his effort to keep the Gujarati vibe at it's optimum, asked the on-screen pair to just have fun and flow with the rhythm of the song.

It's interesting to note that Rajkummar has loved the Garba dance form and for Mouni, doing this dance form on-screen was a first. They ended up totally letting loose and enjoying themselves. And the results are out there for all to see. No wonder that the song has received such thunderous applause and already become a Navratri season front runner.

Talking about her experience Mouni says, "This was my first attempt at Garba. We have a small Garba sequence in one of the scenes in the film as well which was choreographed by Vijay Ganguly and Shruti taught me how to do it. Taking cues from there, Raj and I decided to try our hands at some Garba choreography in Sanedo. Given our love for dance, Mikhil's brief of just having a good time and doing our own thing without directed choreography was like leaving two kids at a candy store. We just went all out. It was so much fun and we enjoyed every bit of it."

Raj further adds, "I love Garba as a dance form. While shooting for Sanedo, Mikhil's brief to us was to let loose and add our bit to the choreography wherever we wanted. Keeping up with this classic Navratri number, Mouni and I decided to break into our own version of an impromptu Garba!"

Produced by Maddock Films in association with Jio studios, Made In China is set to release this Diwali.