With the Bollywood–drug controversy involving A-listers, observers expect them to lose brand endorsements for now 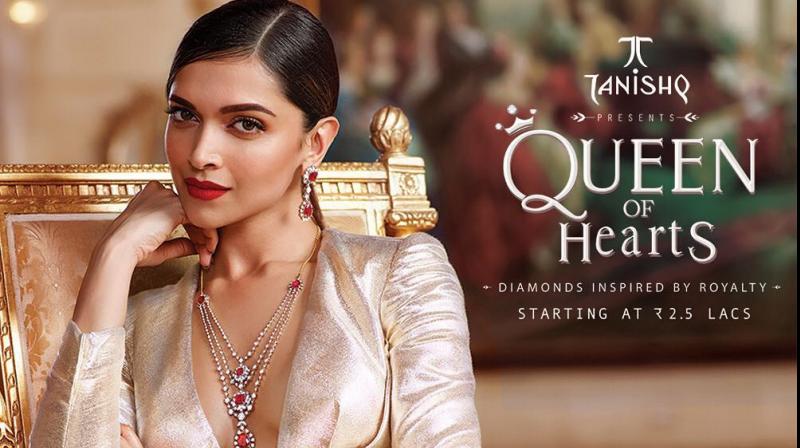 As more famous names from the B-town surface in the case, fans are now beginning to fume

For more than three months, Bollywood has found itself embroiled in a vicious web of controversies. While the pandemic-related uncertainty had already kept the film industry on its toes, the death of actor Sushant Singh Rajput has seemingly become the final nail in the coffin.

Ever since the probe of the death case switched gears to the Bollywood–drug nexus, A-lister actresses such as Deepika Padukone, Shraddha Kapoor, Sara Ali Khan and Rakul Preet Singh, who have flouted high brand values, have been questioned by the Narcotics Control Bureau (NCB).

As more famous names from the B-town surface in the case, fans are now beginning to fume, sharing hate messages on social media with various boycott hashtags.

Ironically, although nothing has been proven yet, given the actresses’ immense popularity and by virtue of their being considered youth icons, it would be easy to assume why their involvement with drugs would be considered an irresponsible act.

But what’s worse, this might even impact their brand value in the market.

Will brands take a stand?

As of now, all the four actresses called in for the investigations have an illustrious list of brand endorsements.

However, industry observers and brand placement agencies observe that the allegations could devastate the celebrity status and are most likely to have an impact on their brand endorsements.

The entire vendetta, that many believe is like an epidemic of scandal afflicting the film industry with several allegations and counter allegations, will certainly not do any favour to the names involved in the entire nexus.
Veteran publicist Rajesh Vasani explains that although the allegations are not yet proven advertisers will think twice before approaching any of these stars.

Pointing out adding that sometimes, brands have it listed in the contract that even a small social offence would lead stars losing the product endorsement, Rajesh adds, “First, brands will take a stand till the inquiry continues.

The narcotics case is much more severe, which could lead to tough times for these actresses. So while all these actresses endorse top brands from India and abroad, those brands will now reconsider their associations with them. The actresses might even lose their existing contract.”

Like it or not, truth remains that celebrities are always under the scanner, especially with the social media landscape. People’s reaction to their actions and then professional loss is probably a part of their occupational hazard as well as the price they pay for the fame. Gurugram-based ad and branding agency’s owner Manish Bhatt also agrees that brands will not approach these stars for any new endorsements.

“When celebrities attract too much negativity from people, brands prefer to stay away. But in many cases abroad, brands have taken a stand; for instance, Nike, which retained golfer Tiger Woods as its ambassador even after he fell from grace because of his extramarital misdemeanours.

That was also because they could afford it, but Indian brands would not take that risk if anything is proven against them,” says Manish. However, Ritu Singh, advertising professional and author of Stark Raving Ad, doesn’t believe that the brand value of these stars is at stake.

“Nothing has been proven yet. I don’t think it will affect an existing contract. Advertising agencies consider the stature of the star and how their endorsement fits the brand. For actresses with a massive body of work, social media following isn’t the only thing affecting their brand value. A ripple may not be long-term,” she opines.

As seen in most of the cases in the past, brands prefer to look at the specific voices needed to amplify their brand value and ethos.
While with the drug nexus the actresses are surely losing their ‘youth icon image’, digging deep into history, one sees actors, who were previously defamed and banned by certain brands, retain their popularity and brand value as before.

For instance, after Amir Khan’s intolerance statement, he was dropped from ‘Incredible India’ campaign, as well as some others; however, the actor brought back his charm after his 2016-sports drama Dangal was released.

Nevertheless, the same can’t be said about Sanjay Dutt, who served in jail after he was convicted for illegal possessions of weapons in the 1993 Mumbai Serial Blast case.

“After all this is over, you never know when the narrative would change with these stars’ PR team working on improving their image,” says ad-filmmaker Gaurav Panjwani. Adding that things could turn around for the actresses and that they will be back in the game and in the same way, too, he adds, “Once these actresses will give a big socially relevant hit, everything will be back on track for them.”

Manish Bhatt also seconds the point, stating that once the investigation is over, everything would be back to normal. However, to gain the possibly lost ground, these actresses need to work hard.

“None of these actresses have been proven guilty yet, and they are supporting the investigation. We need to wait. If they are proved not guilty, then there will be no challenge. They will bounce back,” he states confidently.