Sooraj Pancholi made his Bollywood debut with Athiya Shetty in 2015's film 'Hero'. 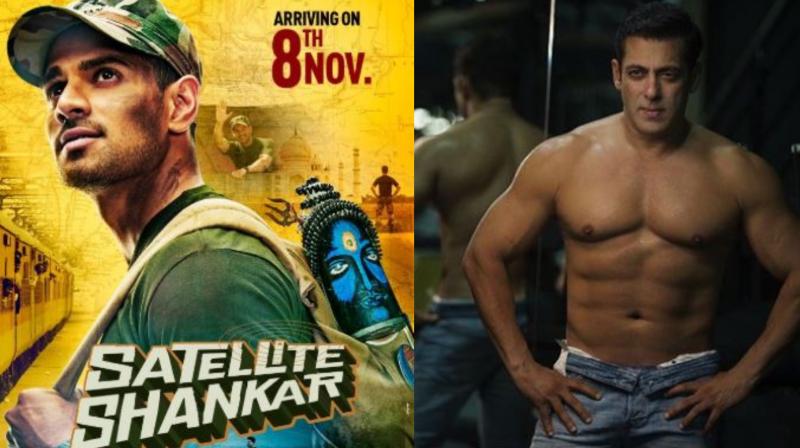 Sooraj Pancholi made his Bollywood debut with Athiya Shetty in 2015's film 'Hero' and all credit goes to Salman Khan for it.

He might have not been one of the popular star kids but he believes in patience, time investment before jumping to quality content. Now the son of Aditya Pancholi and Zarina Wahab, Sooraj is all geared up for his second film Satellite Shankar with South actor Megha Akash.

In an exclusive interview with Deccan Chronicle, Sooraj spoke about the professional, personal life of jawan and how different it was to play an unconventional soldier. Excerpts:

'Sainik Shapath' and a 'soldier's promise' comes with a lot of pressure. What do you have to say about it?

We in general life make promises but we never stick to them. We make promises to our friends saying ‘kasam se’, to our mother, father but we do it according to our convenience. This is because we know, we will be forgiven for it and it’s not going to really break our heart but it’s different when it comes to a soldier's promise.

It is something that he gives not only for himself but also for the country. A soldier's promise comes straight from the heart and it can never be taken back. ‘Sainik Shapath’ also means the same thing. If I am saying, I take a vow for the full night I will stand on the base) then I've to fulfill what I've said. A soldier's promise is the strongest commitment.

You’ve spent a lot of time in army camps at Pathankot and Chitrakoot. What did you observe in their personality and how much did you absorb in your character?

I saw the brotherhood between all of them. They all are like brothers because they live away from their families. The only person they can talk to is each other because they don't have any network or internet. You need to be very brave in order to live in those conditions as it is cold, windy. You don’t have your family or someone to console you. You don’t have your mother to feed you. I met them and felt really proud in playing a soldier.

Sooraj what is the symbolic representation of Lord Shiva that you carry everywhere?

It is a device that I use to make situations happy. It is not connected to the satellite or anything. It is my personal satellite whom I call as my friend and my childhood friend. It is made out of a bottle. I’ve drawn Shankar Ji (Lord Shiva) inside. There are lights inside to entertain people. I tell, ’Satellite on tension gone’. Basically whoever has a problem I put the satellite on and make them happy. It is just a small toy that I carry around but the film is about Shankar’s journey.

We see Shankar off war as a soldier on the path of knowing his own self. How different is his personal life than professional life?

Shankar’s professional life is him being at the base protecting the country, fighting against the terrorists. It is also about being a strong soldier at the base but he is also a soft-hearted person.

The narration is about his journey throughout India to only meet his mother but during that phase, he faces a lot of hurdles in life to meet his mother. A 3-day journey turns out to be a 6-day journey. Now he has taken his ‘Sainik Shapah’ to go back and how the people he has helped help him go back.

The film has been shot across 10 different locations. From Himachal to Agra which was your favorite place to shoot and why?

My favorite has been Himachal, Punjab because I went to see the ‘Ganne ke khet’ (sugarcane farm). I met the Punjabi families who actually thought I was a soldier because I’ve only one costume in the entire film. I never knew India was that huge and beautiful.

Your most challenging experience in playing an unconventional Indian Army officer?

Firstly to respect the ‘Vardi (uniform) that you are wearing. To see India as a soldier is a big responsibility. I am so lucky and proud that I had this role because I don’t think I will ever play a soldier in my life again this way.

Fauji's don't get casual leaves easily. Don't you think that's unfair? Why is it always blinded by patriotism? They aren't shown to be having a family life but for you home is eternity. What's your say on this?

It is not unfair because they have taken the decision to protect the country. It is not like that. They do have family but don't have time to spend with them. For this very reason, they are heroes and that is why we love them. They have taken this commitment to take care of the country. Their love for the motherland is as strong as their love for their mother. What can be greater than that?

Uniting nation's concept has already been shown by Salman Khan in Bajrangi Bhaijaan. How different is Satellite Shankar?

It is very different and has nothing to do with Pakistan. It’s about one soldier's journey within India. We’ve always seen soldiers doing something for the country by fighting but this movie also shows that a soldier can have a love story too. He does not have that much money that he can just catch a flight and just leave. A soldier can’t sleep whenever they want.

Nation over family is that what you believe in? How difficult is it for a Fauji to prioritize both?

First comes the country and then the family is a soldier's promise. I do not feel the same but Shankar does (laughs). I cannot be as responsible as Shankar as he is an Indian Army soldier and I am just a actor. They call us heroes but we are presenting heroes in short.

Can we have a country where war does not exist but like Shankar all hearts are united?

Of course, there should not be any war. Humanity is running out of time. We all should be united and I think spreading love and not hate is the best thing you can do.

Salman Khan launched you with Hero. What kind of equation do you share with him?

He has always been there as my mentor. He is my boss, a well-wisher and so am I of his. He has done enough for me and I couldn’t be more grateful.

Was it worrisome that post Hero you did not have films for a span of 4 years?

Of course! It was worrisome. I had sleepless nights, had anxiety. I was feeling clueless about where my future was going. I think God is watching and Inshallah I will have a good future ahead.

Directed by Irfan Kamal, Satellite Shankar is produced by Bhushan Kumar, Murad Khetani, Krishan Kumar and Ashwin Varde. The film is slated to release on November 8.