The studio wants the film shorter by about 30 minutes, but Ayan feels otherwise 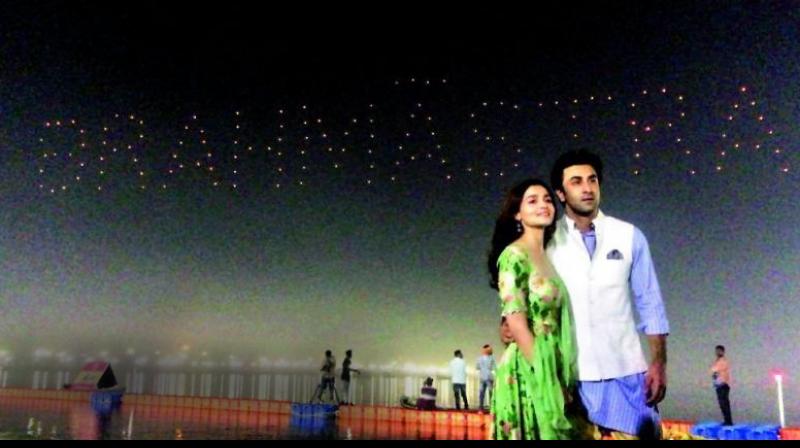 A still from the movie Brahmastra

We had recently reported that the Brahmastra producer Karan Johar and director Ayan Mukerji had been asked by Fox Star Studios, the film studio co-producing the film, to cut down 25–30 minutes of the film, which currently runs to approximately three hours.
However, a source tells us that Ayan is not ready to budge.

“Ayan doesn’t want to shorten the film as he believes the core thought of the film will get compromised. He has worked for almost half a decade on the film, beginning from the scripting and the pre-production to the shoot and now a part of the post-production. Moreover, Ayan is working on a VFX-heavy film for the first time, and he has put his heart and soul into it, trying to match the effects with  films such as Avengers,” the source adds.

Fox’s contention is that especially with theatres now opening to half capacity, the length of the film would affect business as they could run only a lesser number of shows in multiplexes and single screens.

Another development is that Ranbir Kapoor, Alia Bhatt and Amitabh Bachchan, who lead the cast of the film, have more than a week’s work remaining to complete the film. So, Ayan wants to get on the floors at the earliest and prepare for the release once theatres open to full capacity.