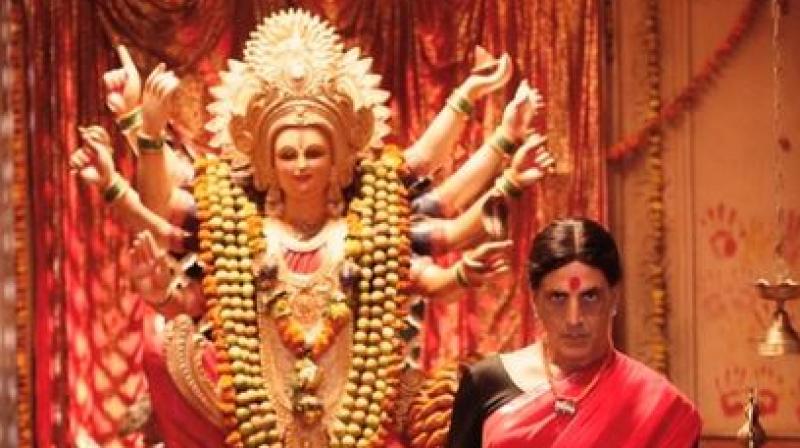 In his upcoming supernatural thriller Laxmii, B-town A-lister Akshay Kumar plays a man possessed with spirit. However, especially in Telugu movies, it has mostly been glam-divas who are roped in to play ghosts, scaring the bejesus out of the audiences.

Even veteran producer M.S. Raju admits the trend in Telugu horror-movies. “It is true that even many top-rung glam actresses such as Anushka Shetty, Charmme Kaur, Anjali and Nayantara along with others have tasted success with their gory acts in blockbusters such as the 2009-horror film Arundathi, the 2007-thiller Mantra, 2014-horror–comedy Geetanjali and 2015-horror Mayuri, respectively,” says Raju. “Now, even more actresses are set to join the bandwagon.”

On Telugu male superstars shunning away from spooky thrillers, Raju reasons they are probably worried that their fans may not be able to ‘digest’ them in deglamourised roles, worried that it could affect their box-office collections. Then talking about Akshay Kumar’s role in Laxmii, Raju adds, “Akshay Kumar has always been experimenting with his roles from Padman to Toilet: Ek Premkatha. Now, he’s laid a new path of sorts by playing a possessed man in Laxmii. However, I hope to reverse this trend by doing a male-centric horror flick in the days to come.”

However, even as Raju mulls over making an exception with his future productions, producer–director Ravi Babu had already tasted success with the 2012-ghost story Avunu. The filmmaker, who got good-looking actor Harshavardhan Rane to play the ghost in the film, says he made Harsharvardhan the evil guy to break the monotony of female ghost stories.

“It is true that barring a few male stars, ghost stories have been marked for top heroines for some time,” he says. “But making a gripping horror story demands a great story idea. Hollywood movies such as The Exorcist and the Omen movie series are considered classics,” he says.

Adding, “It’s because they boast strong emotional drama, which many spooky Telugu films lack. Some of them are a cheap mix of comedy and horror, which even fail to click.”

He even points out that while his 2019-horror flick Aaviri failed because it didn’t have a novel plot, he could, however, strike a chord with the masses with Anasuya, his 2007-horror/suspense film, which revolved around its lovelorn serial killer.

The fun in scaring

Among new-age actress, B-town actress Avika Gor shares her experience of playing ghost in her 2019-horror film Raju Gari Gadi 3. “It was an amazing experience as I’ve never before played a ghost just as it was scary with all those lighting and weird props on the sets,” says the actress.

Avika also tells us that she was required to do some homework in preparation of the gory act. “Director Omkar asked me to practise screaming, which I did sitting in front of my mirror in the late nights, all the while feeling weird,” she says with a smile. “I had to work on my body language to adapt to the feel of a ghost’s walk and behaviour and to look ferocious,” she adds. Given how mentally and physically draining working on the film may have been for her, we wonder if she will be game to do another film. “Why not?” she quips, adding, “I love watching horror movies and would really like to do another one if I get the right script.”

Actress Priyamani, who scared audiences with her performance in the 2012-horrorflick Charulatha and 2011-action fantasy Ksethram, offers another perspective on ghosts in Tollywood being female-centric. “For ages, women have been ‘torch-bearers’ of gory movies, while only 1 out of 1,000 movies boasts a male ghost. It’s probably because women are capable of scaring the shit out of the male audience,” Priyamani says with a chuckle. But the National-Award winning actress also points out a rather satisfying aspect for filmmakers about transforming actresses into ghosts. “Transforming a pretty actress into a terrifying ghost is a bigger challenge for makers,” she concludes.

Bollywood gets its spirits right

Despite Tollywood, Bollywood has had a good share of men playing ghosts. Ajay Devgn did a ghost in Soham Shah’s 2005-horrorflick, Kaal; Shah Rukh Khan did one in Amol Palekar’s 2005-romance–drama Paheli; and Amitabh Bachchan did it twice over in the Bhoothnath series, which released across 2008 and 2014. Earlier, too, among the many others, the then-heartthrob Raajkumar had played a ghost in Ram Maheshwari’s 1968-film Neelkamal while Raj Kapoor and Rajesh Khanna were ghosts in Hrishikesh Mukherjee’s 1978-film Naukri.

However, there was soon a pattern forming with heroines choosing ghost roles and films for the challenge it presented, whether they had to look scary or scared.

Recently too, Anushka Sharma’s belief in a script led her to abandon the gloss and go for a gross look for Prosit Roy’s 2018-‘scare-fest’, Pari.

Prosit tells us that Anushka never had a second thought about the film. “I was also assisting in the 2017-fantasy-drama Phillauri when I met Anushka and her brother Karnesh. I gave Karnesh Pari’s script, which he passed on to her. She asked me for a narration and then read the script again and did the role without any hesitation,” says Prosit, who admits that Anushka was bold to go in for a role like that despite being such a huge star.

Claiming Bollywood A-listers and better-known actors have seemed ever-ready to lap up the phenomenon of playing ghosts, film historian Imtiaz Baghdadi points out how recently Shraddha Kapoor who took on the challenge of playing a ghost in Amar Kaushik’s 2018-horror-comedy Stree.

“Even Vidya Balan took on the role of a woman who is possessed in the 2007-film Bhool Bhulaiyaa and Tabu does a similar role in the upcoming sequel of the film,” elaborates Imtiaz. “Then in the 2017-film Golmaal Again, the fifth part of the Golmaal franchise, Parineeti Chopra also did a spirited role. Additionally, the 1920 series, which released across 2008 and 2018, had Adah Sharma and the 2016-adult comedy Great Grand Masti had Urvashi Rautela take on similar roles. And who can forget ‘horror queen’ Bipasha Basu who has acted in many ghost films and even turned into a ghost in Bhushan Patel’s 2015-horror film Alone, in which she plays a double role, one of which is of a spirit?”