The actor congratulated Twinkle for her upcoming movie, Padman. 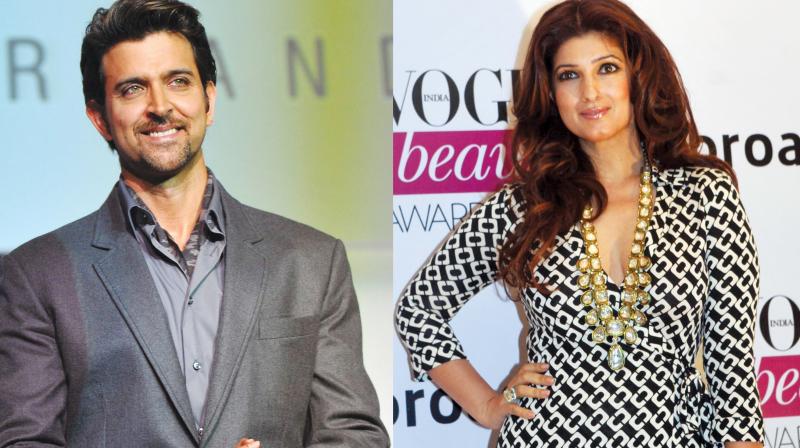 While Mohenjo Daro, one of the biggest flops of the year, almost jeopardised Hrithik’s career, Akshay scored a hattrick of 100-crore films in 2016 with Rustom being added to Airlift and Housefull 3.

However, this competition has not soured the relationship between the two actors. On the first day of the New Year, Akshay revealed the first look of the R. Balki directorial, christened Padman, based on a short story penned by his wife, Twinkle Khanna. Instantly, Hrithik Roshan sent out a congratulatory tweet to Twinkle and Akki, requesting her to write a two-hero film next, purportedly starring him and Akshay.

Twinkle instantly replied to Hrithik in her own inimitable way, saying, “Haha! Thank you – I wish I was that #Kaabil my friend (sic).”

Padman is based on a story from Twinkle’s second book, The Legend of Laxmi Prasad, titled The Sanitary Man from the Sacred Land. She based the tale on the life of Arunachalam Muruganantha, the man who campaigned extensively for menstrual hygiene in rural India. While Twinkle dabbles with real life stories of social importance, Akshay and Hrithik starring in a Twinkle Khanna-penned film sounds like a delicious prospect.