It all began with a teaser where Akshay promoted say no to nicotine and yes to sanitary napkins. 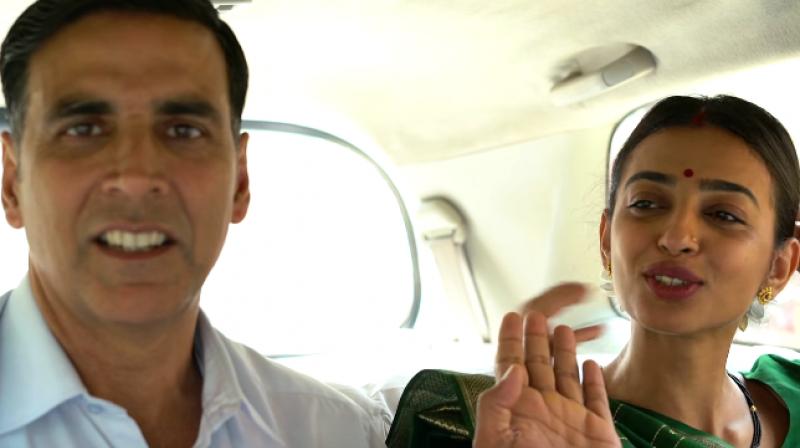 Mumbai: Radhika Apte, a Marathi mulgi who hails from Pune, is rarely seen speaking in her mother tongue Marathi. The good fortune happened with superstar Akshay Kumar by her side, while the two were shooting for a promo for their upcoming movie ‘Padman’ with Sonam Kapoor.

The essence of the video is both Akshay and Radhika speaking in Marathi, where Radhika proudly claims that she has seen many Akshay Kumar films but fails to answer which Khiladi series Akki was a part of.

This was followed by Sonam remembering an incident where Akshay was shooting in Lokhandwala. Akshay pulled her leg for choosing to speak about this location saying, “Main kya sirf Lokhandwala mein hi shoot karta hoon kya?”

Prior to this, the first confession video also saw Akshay Kumar tease Sonam Kapoor by calling her “P for Paris” and going on to confess that her clothes come from Paris.

It all began with a teaser where Akshay promoted say no to nicotine and yes to sanitary napkins.