Entertainment   Bollywood  03 Jan 2020  I would love to do more realistic films with Ranveer Singh: Deepika Padukone on '83
Entertainment, Bollywood

I would love to do more realistic films with Ranveer Singh: Deepika Padukone on '83

The 33-year-old star will play Romi Dev, wife to cricketing legend Kapil Dev, to be played by Ranveer. 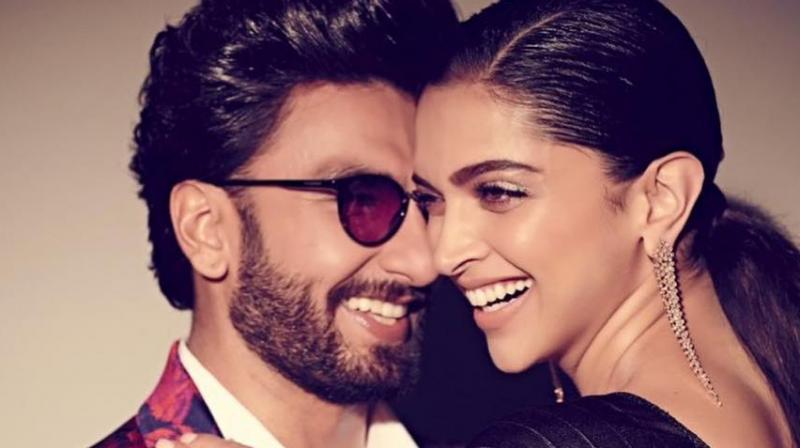 New Delhi: Actor Deepika Padukone is set to reunite with frequent co-star and husband Ranveer Singh for sports drama "'83" and she says it was a "refreshing" change for the couple who have previously collaborated on Sanjay Leela Bhansali's spectacle films.

The 33-year-old star will play Romi Dev, wife to cricketing legend Kapil Dev, to be played by Ranveer. Directed by Kabir Khan, "'83" will chronicle India's win under Kapil's captainship, when the team defeated West Indies in the final to clinch their first-ever World Cup trophy in 1983. Deepika, in the past, has worked with Ranveer on larger-than-life movies such as "Goliyon Ki Raasleela Ram-Leela", "Bajirao Mastani" and "Padmaavat".

"It was nice to work with Ranveer in a slightly more realistic setting. Not having to mouth such intense dialogue with that kind of language like we did on three films. It was refreshing. In fact, we had to remind ourselves that 'this is the same actor that I've worked with'. "The characters are completely different, the era is completely different. The costume, the sets are so, so different and even refreshing. We both looked at each other and said, 'wow, we should do stuff like this more often together'," she told PTI in a telephonic interview from Mumbai.

The actor revealed she doesn't have many scenes in "'83" and she took up the project as the role gave her an opportunity to explore the personal side of public figures like Kapil and Romi Dev. "The reason I wanted to do this film is because I've seen what an important support system my mother has been in my father's life as an athlete and her contribution to his success. I saw many similarities when it came to Romi and Kapil Dev. "While ''83' is really the three week journey from the time they left India to the time they won the World Cup, there are smaller moments of their personal side of their personality as well which I thought was very exciting," Deepika, daughter of former Indian ace badminton player Prakash Padukone and homemaker Ujjala Padukone, added.

The actor will next start working on a romantic thriller, directed by Shakun Batra. A Dharma Productions project, the movie will also star Siddhant Chaturvedi and Ananya Panday. "There is going to be another actor. It's basically about two couples and domestic noir is the genre. We start filming in March," Deepika added. She is also set to play the central role of Draupadi in a retelling of the epic story of Mahabharata from the female perspective. Deepika said, when it comes to Mahabharata, the audience has always been "fed" a unidimensional point-of-view.

"There's a lot of excitement within the audience to see this film as it is not a narrative that we're very familiar with... "I think we've always been fed a certain perspective on Mahabharata and it'd be interesting for us to see a different perspective. Same narrative, different perspective," the actor, who will co-produce the film with Madhu Mantena, said.

The actor is looking forward to the release of "Chhapaak", which also marks her production debut. The Meghna Gulzar-directed film will hit the screens on January 10.