The much intriguing poster shared by 32-year-old has Varun lifting Sara in his arms, striking for pose for click and is all smiles. 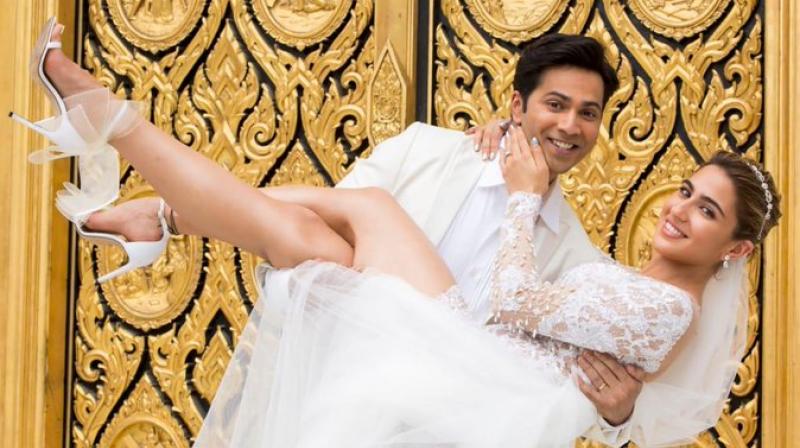 New Delhi: Bollywood actor Varun Dhawan, who is paired opposite to Sara Ali Khan in the new upcoming comedy film 'Coolie No. 1', has welcomed the New Year with a rather new still from the flick.

The much intriguing poster shared by the 32-year-old has Varun lifting Sara in his arms, striking for a pose for the click and is all smiles.

Sara, who has last graced the silver screen in 'Simmba', is dressed as a bride in a white lace dress with matching heels while Varun is donned in a white suit.

A few weeks earlier when the shoot of the comedy flick had begun, the duo had shared the first poster of the movie on their respective social media handles which created an immense buzz among the movie-goers.

The new outing is a remake to the 1995 film of the same name that starred Govinda and Karisma Kapoor in the lead roles. Helmed by David Dhawan, 'Coolie No.1' is produced by Vashu Bhagnani, Jackky Bhagnani, and Deepshikha Deshmukh.

The family entertainer is slated to hit the screens on May 1, 2020.