Fabric tales from the North East

A fashion show consisting of seven designers hailing from the North East states of India highlighted the traditions of the area. 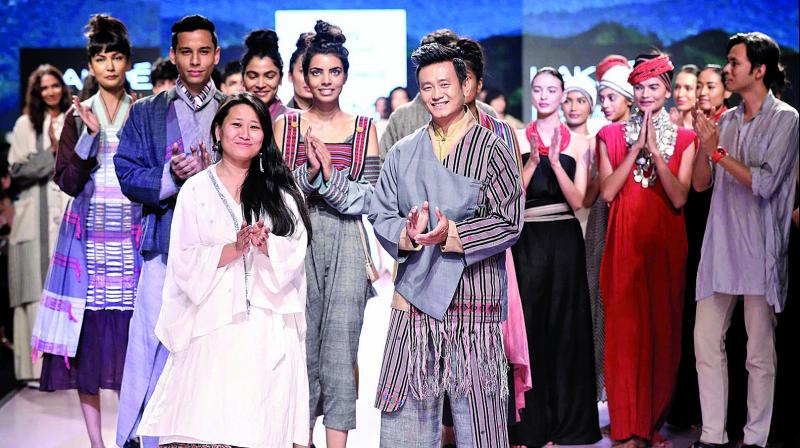 The world of fashion, without some level of responsibility, becomes a shallow one. However, through fabric and style, through dresses made for all body types, one can spread some important messages about sustainability and inclusivity.

The second day of Lakme Fashion Week Summer Resort 2018 saw a number of designers showcase the works of local artisans through their fabulous designs. The North East Mojo show, which was definitely a highlight of the day, saw seven designers from this often-overlooked part of India collaborating to bring to focus the styles, traditions and fabrics of their regions.

Hand-woven silks and cotton dresses dominated the ramp — a testament to the local weavers from the North East. While one could easily spot contemporary, edgy designs, the designers claimed that it is important not to forget one’s roots. 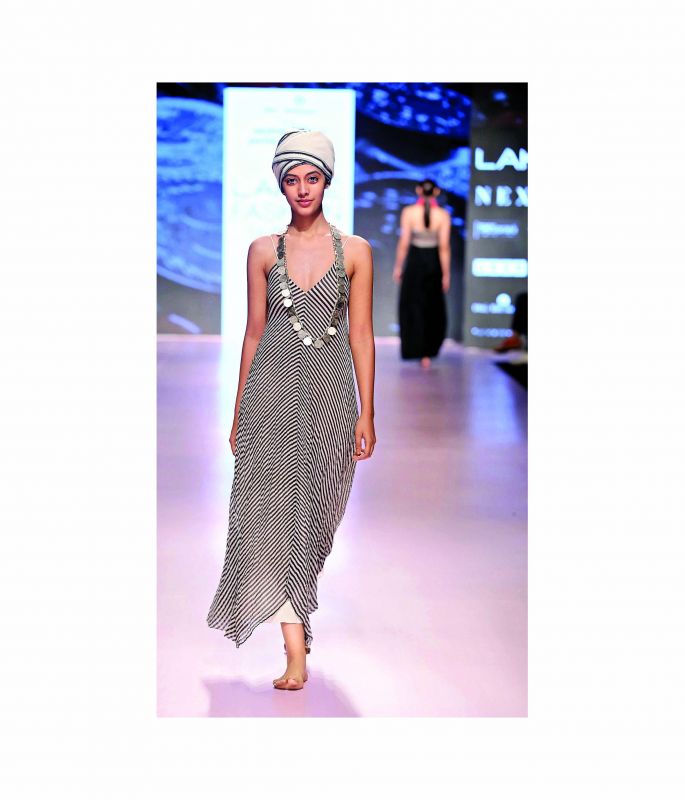 “Traditional design needs to be recontextualised so that we can use it today,” said Tripura-based designer Aratrik Dev Varman, whose collection showcased dresses woven by the Riyang tribe. “However, it is important to stay close to tradition and respect it even while finding new forms.”

Karma Sonam, who hails from Sikkim, however, sees no harm in experimentation. “I love traditional motifs and weaves. But I feel that those from Sikkim are too elaborate for a more global consumer base. Hence, I simplify the traditional artwork that one can find woven into the fabrics of our local garments, and create cleaner, simpler designs,” she explains.

No matter how the designs are adapted into the newer ones, what remains most important is the impact it has on the weavers themselves. Daniel Syiem, who hails from Meghalaya, elaborates on how his work with the local weavers has given the local handicrafts industry a boost. “Weaving in Meghalaya has started to become a dying profession, as more and more people try to opt for readymade clothing. I have been working with the few weavers who remain for the last 10 years. We have tried to take the local designs and clothing to an international market. In the process, several weavers, who had given up the profession, have been convinced to come back to weaving,” he smiles.

And it is not just the traditions of the region that initiatives like these save, but also the culture and the stories as told by the fabrics. “Manipur has tribal and Meitei community weavers and each of their weaves and motifs tell a story,” explains Manipuri designer Richana Khumanthem.

“For instance, I have used a Meitei Sami Lami design in my collection. This motif was originally used in a shawl that was involved in an exchange between a Meitei king and a tribal chieftan. When reinventing traditional designs, it is important to hold true to the stories they tell,” she concludes.