Ranveer Singh performance as the antagonist Alauddin Khilji in Sanjay Leela Bhansali’s Padmaavat has won the hearts of thousands. 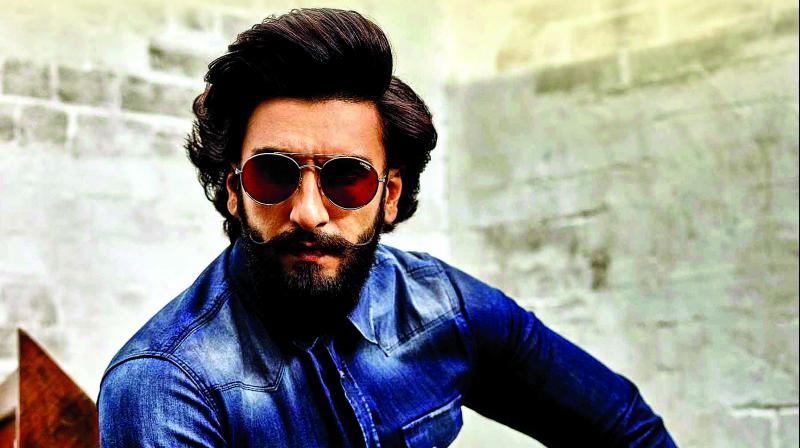 His performance as the antagonist Alauddin Khilji in Sanjay Leela  Bhansali’s Padmaavat has won the hearts of thousands. It seems certain that he will sweep all the awards for his dark, intense, and evil performance. But all Ranveer Singh feels at the moment is relief after the audience has accepted him.

“I was relieved when the praise started coming in. I was playing an antagonist and I didn’t know how this would go down. No mainstream leading actor has taken this plunge, especially with such a completely dark character,” Ranveer explains, adding, “It was a huge risk. I didn’t know how it would be received. If this had gone wrong, it would have been my undoing. So, there was a huge sense of relief after it was appreciated.”

Needless to say, Padmaavat went through a very tough patch to see the light of the day, which indicates how difficult filmmaking has become. While we see more and more stars venturing into the digital platform, Ranveer stands stubborn in his stance and says he wants to give more cinematic experiences to his audience.

“My focus at the moment is mainstream Hindi films. I brought up the point  a few years ago that screens are becoming smaller, the consumption material is changing now that there is Netflix and everybody watch these,” he says, adding, “If you are in Hindi mainstream cinema, you have to up your game and make a world class product. There are times when you see the trailer and you think ‘I can watch this at home and don’t want to drag myself to the theatre.’ It’s quite tedious to go to the theatres now, unless you’re offered a big screen experience. So, hopefully, I can offer the kind of experience that garners footfalls.”

While the entire nation has seen Ranveer romancing Deepika Padukone in Bhansali’s Ram Leela and Bajirao Mastani, they don’t share a single scene together in Padmaavat. Ranveer reveals that he felt as though they never worked together for the film.

“I didn’t have a single day’s schedule with Deepika. It was like we are working on the same movie but we never met,” he muses. “ Having said that, I used to visit their sets to see some scenes. There is a lot to learn from observing. It’s a unique experience that you are both in a film but don’t have a single scene together. It feels like we have not done this film together at all.”