My film would have Sonam as protagonist, says Anil Kapoor 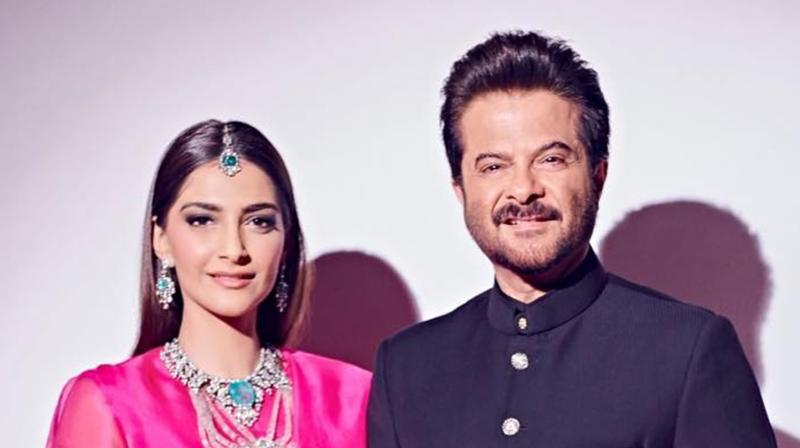 You wouldn’t come across a prouder father than Anil Kapoor in showbiz. As the glowing reviews for Ek Ladki Ko Dekha Toh Aisa Laga (ELKDTAL) pour in, Anil is happy that his daughter’s work is being praised.

“To see her make such brave choices at such a young age… I too used to balance out the hardcore commercial projects with something more offbeat, something unexpected. If I did an out-and-out commercial Tezaab I also did a Parinda,” says Anil.

Chuckles Anil, “Vinod and I go back a long way. The title of Ek Ladki Ko Dekha Toh Aisa Laga comes from Vinod’s 1942 A Love Story. That’s the last time we worked together. And now we’ve collaborated again 25 years later, can you believe it!”

Anil remembers saying no to 1942. “I actually refused the part initially. I was asked to play someone much younger than my actual age. Vinod convinced me. I then started to work out towards looking much younger. This is when I started taking my workouts, exercises, and diet very seriously. So yes, the credit for my trim-and-fit look goes to Vinod Chopra and 1942 A Love Story.”

Anil says he was flooded with memories while doing ELKDTAL. “That song is iconic. I remember when we shot it; every detail comes flooding back. Now, that same song plays an important part in my new film. I also had Juhi Chawla as my co-star after so long. We did some fun films in the past. This one was fun too. And yes, I am very happy to just be part of a film where I share screen space with my daughter.”

Anil’s voice brims with pride when he speaks about Sonam. “Neerja was a film that broke many myths. It gave Sonam a chance to prove herself as an actor. I am thankful to (director) Ram Madhvani for believing in Sonam. Now I feel ELKDTAL gives Sonam another opportunity to prove what she’s worth. Her performance is not overpitched. She is never over-dramatic because she relates with real people and situations through her first-hand experiences. She’s widely read and traveled. She connects to her character and expresses the character’s emotions with such natural grace.”

While Anil is all praises for his daughter, he feels that Bollywood does have a history of actors making brave choices. “Whether it is mainstream actors or filmmakers, they’ve always done the unexpected. Raj Kapoor saab’s Mera Naam Joker and Guru Dutt’s Kagaz Ke Phool didn’t work at the box office on release. In retrospect, they are regarded as masterworks. One has to make risky choices in life. I am so glad Sonam is doing it so early in her career.”

Anil says he thoroughly enjoyed working with Sonam. “Apart from the beautiful script, she is the main reason why I did Ek Ladki Ko Dekha… We waited to do the right film together and not just share screen space as a gimmick. And I am very impressed by her dedication. If I ever direct a film it will only be so that I get to direct my daughter. Yes, my film, as a director, would have Sonam and no other actor, as the protagonist.”