Riteish to do Vilasrao Deshmukh biopic?

One may recall that Riteish is the son of former Chief Minister of Maharashtra, Vilasrao Deshmukh. 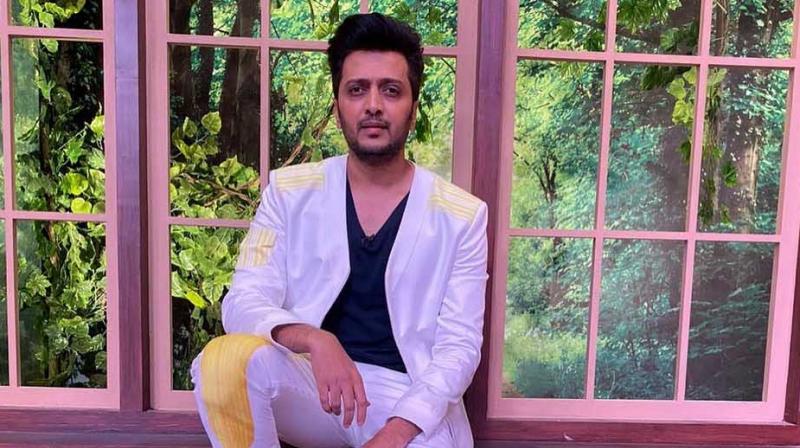 Riteish Deshmukh has most certainly made a mark in Bollywood, be it as an actor or a producer. His latest acting gig is in director Ahmed Khan’s Baaghi 3, in which he plays lead actor Tiger Shroff’s brother.

“When I received a call from Sajid Nadiadwala (producer), I was like, ‘mein kya kar raha hoon iss sequel mein (What am I doing in this sequel)? But then, no sooner did Ahmed Khan come home for narration, I was emotional enough about the story of two brothers. I could identify with it because, since the time I am born, us (real) brothers have had the same connect until this day. And so I agreed to be the part of this sequel,” the actor reveals about his role in the film.

One may recall that Riteish is the son of former Chief Minister of Maharashtra, Vilasrao Deshmukh. When asked if the actor-producer is looking to make a biopic on his late father, he says that it will be difficult for him and his family.

“His biopic can be an interesting one as he has risen from being the village sarpanch to the chief minister. It can be a great story as an individual. Many people have written a script on his life, but it will not be easy for us to produce his biopic as he is very close to our hearts. So obviously, as a family, we will not be able to make it. What we may like to show in that restrained time of about two hours, others may like to see something else. Also if someone else makes it, we may feel like ‘Why has he shown him in this light? He was not like this?’ Therefore, making an individual’s biopic who has risen to such heights will be undoubtedly interesting and a great story to tell,” he says.

Meanwhile, the actor recently announced that he would soon start working on his passion project, a multi-lingual trilogy based on Chhatrapati Shivaji Maharaj. Backed by his home banner Mumbai Film Company, the film will be helmed by Nagraj Manjule of Sairat fame.

“Right now, we are planning to make it in three parts. We have decided to make it in Marathi and Hindi, but since his father lived down south, we might have to explore in South Indian languages too. Presently, we are concentrating on the casting of the film,” Riteish updates before signing off.