‘Film was shot long ago’

Ajay Devgn on Alok Nath’s inclusion in De De Pyaar De and why actresses now have a longer shelf life. 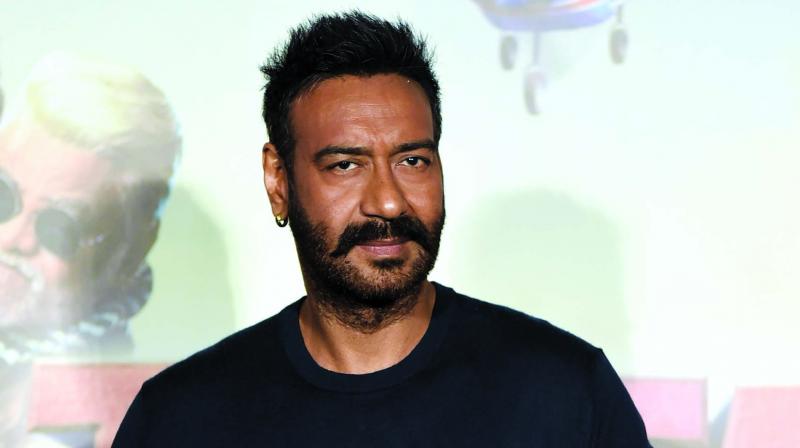 Ajay Devgn will soon be seen in an upcoming rom-com, featuring Rakul Preet Singh and Tabu. At the trailer launch of the film, what stuck most is the inclusion of veteran actor Alok Nath in the film. But Ajay was quick to clarify that the film was shot much before the scandal broke out.

For the uninitiated, several actors had levelled allegations of harassment against Alok Nath after Vinita Nanda claimed she was sexually violated 19 years ago by the actor. While the industry has largely stayed away from working with actors who were under the MeToo scanner, Ajay says, “This is not the right time to talk about it and the film was completed long back.”

The film is a story of a 50-year-old man who takes his young girlfriend to meet his family and ex-wife. The actor who also turned 50 yesterday spoke about his take on ageing, “Ageing is about how you feel. All my contemporaries are so fit. I think staying fit must be a conscious decision because the intention should be to do everything you could do when you were 25 years old. I am happy that I can do exactly that.”

Contrary to popular notion, the actor believes that the actresses have a longer shelf life. Ajay says, “They have as much shelf life as we have. I hope everybody agrees with this. It was there earlier but not anymore. Look at Tabu and Kajol; things are changing.”

While the audience is used to seeing older men romancing younger women in films, will the industry be bold enough to show older women romancing younger men? To this, Tabu says, “I think whatever is accepted in society, the films will reflect that. I think older men and  younger woman concept is more accepted in the world and society, so we see more of it on screen. Society choices will reflect in cinema as cinema doesn’t happen in isolation.”