The National Award-winning actor revealed last year that he was suffering from 'rare disease'. 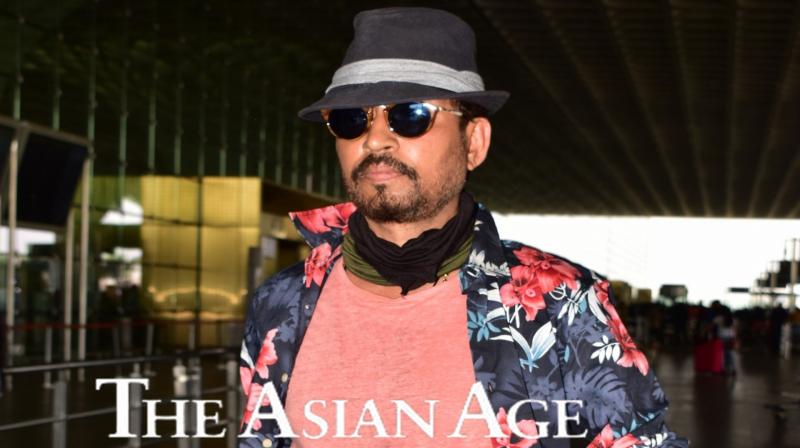 Mumbai: Almost over a year after Irrfan Khan was diagnosed with neuroendocrine tumour, the actor on Wednesday confirmed his recovery and expressed his gratitude towards his fans for standing by him during his health crisis.

The actor, who has photographed at Mumbai airport a day ago after a long absence owing to his health scare, announced his return on Twitter in a statement.

"Maybe somewhere in the pursuit of winning, we forget how much it means to be loved. In our vulnerability, we are reminded.As I leave my footprints onto these steps of my life, I want to pause to be grateful for receiving your immense love and support, it soothed me in my process of healing. So I travel back to you, thanking you from the bottom of my heart," Irrfan wrote.

The National Award-winning actor first spoke of his health on March 5, 2018, when he revealed that he was suffering from a "rare disease" but was yet to get a conclusive diagnosis.

He later revealed he was diagnosed with neuroendocrine tumour, a rare form of cancer that can target various parts of the body.

Also Read | Irrfan suffering from neuroendocrine tumour: Here's what experts have to say about it

Irrfan was out of the country for treatment. Last October, a spokesperson for the actor said that Irrfan may return to the country after Diwali.

The representative for Irrfan also dismissed the reports that the actor will soon start shooting for 'Hindi Medium 2'.