Is Salman Khan a bad omen for newcomers?

Unlike KJo, who has successfully launched fresh faces, the newcomers launched by Salman Khan seem to be struggling to make it in Bollywood. 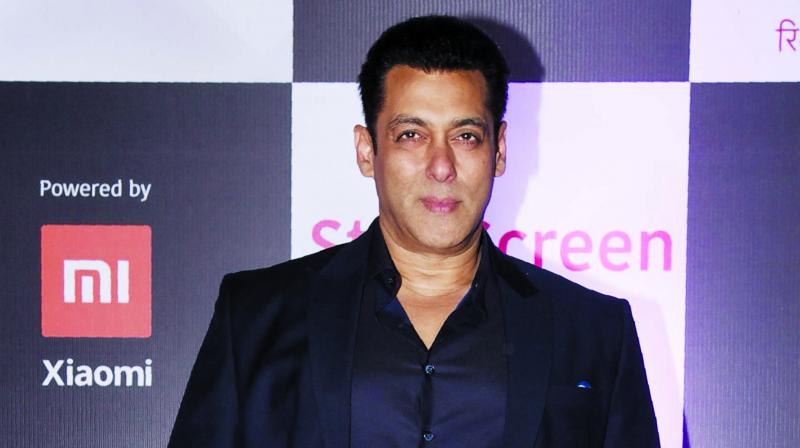 Salman Khan has yet again proved unlucky when it comes to launching newcomers. While all of Salman Khan’s films cross the Rs 100 crore mark, the latest film from his production house, Notebook starring Mohnish Bahl’s daughter Pranutan and Salman’s friend’s son Zaheer Iqbal, came a cropper at the box office grossing around Rs 3 crore since it’s release.

Salman had earlier greenlighted his brother in law Aayush Sharma’s film Love Yatri which also launched Warina Hussain. The film failed to take off and made around Rs 7 crore. His earlier production Hero (2015), which marked the debut of Aditya Pancholi and Zareena Wahab’s son Sooraj along with Suniel Shetty’s daughter Athiya Shetty, was an average grosser ranking merely at Rs 33 crores but had done better than the recent two films.

“What can we say? Most of Salman’s films have done well in recent times barring Tubelight and Race 3. But then the content of these films launching newcomers left a lot of being desired. A lot of bhai’s films have lacked content, but have done well because of his personal star power. That has not translated in terms of the box office as his fans have not rushed to see these films. We guess the story has been a major drawback when it came to these films. But they managed to raise a lot of curiosity and hype because he was producing and promoting those films,” says a trade source.

The only heroine launched in a film starring Salman Khan was Sonakshi Sinha who went on to become a star. While on the other hand, talents like Daisy Shah, Zareen Khan and earlier Sneha Ullal and Bhoomika Chawla did not make it big in Bollywood.

Compare these numbers with Karan Johar, who is basically a producer and a director. He launched Alia Bhatt, Sidharth Malhotra and Varun Dhawan in Student of The Year, Janhvi Kapoor and Ishan Khatter (Bollywood debut) in Shashank Khaitan directed Dhadak and is launching Tara Sutaria and Ananya Pandey in Punit Malhotra’s Student Of the Year 2. The first two films did well and the third one is releasing this summer.  “You have to remember that Salman is an actor turned producer. Karan is the son of a producer and understands the dynamics a lot more and is thoroughly involved in the process of filmmaking. Newcomers need training and grooming in the right manner before they are launched and he does that thoroughly. Perhaps that is one more reason for the success of these newcomers, nepotism notwithstanding,” says another trade analyst.

Incidentally, in the the Bhatt camp, Mahesh, Mukesh and Pooja Bhatt were the only production houses known to launch newcomers earlier — Pooja Bhatt, Rahul Roy, Dino Morea, Bipasha Basu, Emraan Hashmi, John Abraham, Kangana Ranaut, Sunny Leone and even Anu Agarwal as long as she lasted. Ram Gopal Varma too was into launching newcomers for a while with Shiva and Satya but then went wrong when he turned film making into a factory.