Sanjay Dutt shares surreal connection with his character in 'Kalank'

The actor felt extremely overwhelmed and considers the character very close to his heart. 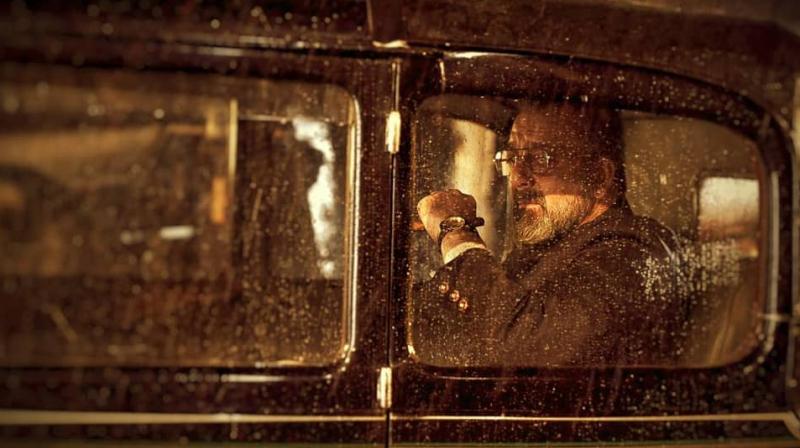 Mumbai: Sanjay Dutt's upcoming film Kalank is one of the most awaited films of the year and is very special to the actor as well. The superstar shares a fond connection with his character in the film as he shares his name with his father.

While Sunil Dutt was one of the most respected celebrities of the industry, not many know that his real name was Balraj Dutt. In Kalank, Sanjay Dutt essays the character of Balraj Choudhary, therefore, it has been a very surreal experience for the actor.

Sanjay Dutt shared a very endearing relationship with his father and has been extremely close to him. Through the years, the actor has always exhibited immense love and respect towards the late actor, which has been aptly showcased in his biopic Sanju as well.

Being called out by his character on the sets, Sanjay Dutt felt extremely overwhelmed and considers the character very close to his heart.

Recently, Sanjay Dutt garnered immense appreciation for his intense and gritty avatar from upcoming film Kalank after the makers launched the posters as well as a teaser. As the trailer releases today, there has been immense anticipation amongst his fans to witness him in the epic drama.

The actor is leaving no stone unturned to ace every character coming his way. For the period drama, Sanjay Dutt sports a bald look and has undergone multiple costumes and look trials to attain the perfect embodiment.

With multiple films lined up, Sanjay Dutt is one of the busiest actors in the business. Big budgeted films like Shamshera, Kalank, Panipat, Bhuj: The Pride of India, Prasthanam, Sadak 2 amongst others make a list of his upcoming films.