Ali Abbas Zafar reveals he showed the film to Salman’s niece to understand the pulse of her generation. 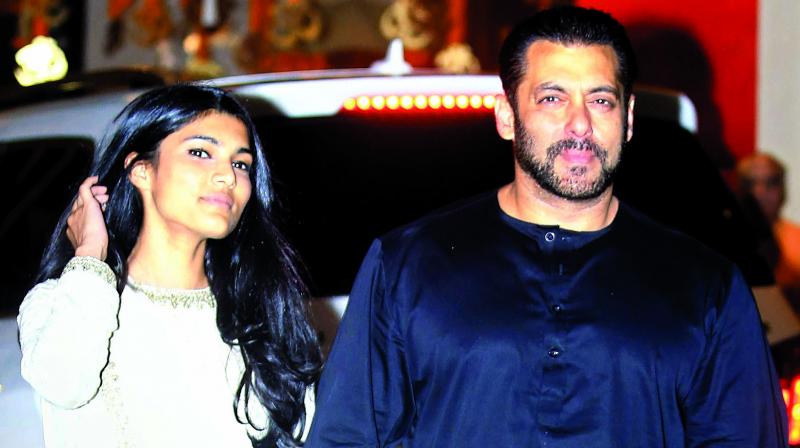 Daughter of Atul Agnihotri and Alvira Khan Agnihotri, Alizeh is working hard on her skills.

Salman, off late, has been mentoring quite a few new kids on the block and there are also reports about him launching his niece Alizeh Agnihotri soon. And as it turns out, Alizeh was the first one to watch Salman’s upcoming movie, Bharat.

The director of the film, Ali Abbas Zafar, revealing why she was the first one to see Bharat, says, “One of my first instinct is that all the films that I make should be first shown to the teenager or kids of that age. I feel if the film is relevant to them, it will automatically be relevant for the senior generation. I showed Alizeh the film and she is one of the first people to see the film.” The upcoming film is an official remake of a Korean film An Ode To My Father, and Salman will be seen in five different looks in the film.

Further speaking about the young kid on the block, he reveals she is currently brushing up her skills before stepping in the industry.

“I think she is very fresh, she just finished her studies in London and is doing a lot of workshops and stuff. She is a lovely girl, hopefully, she will also make it big in the industry but right now, she wants to brush up her skills more before she steps into the whole idea of being an actress,” says the Tiger Zinda Hai director.

Daughter of Atul Agnihotri and Alvira Khan Agnihotri, Alizeh is working hard on her skills. Ali further adds, “She is a bright girl and her head is at the right place. She doesn’t take the fact that she is Salman’s niece for granted, she is very serious about her work.”

Going back to the film, the director has earlier worked with Salman and Katrina in Tiger Zinda Hai, he reveals the challenges that he faced to bring the freshness and avoid being repetitive. “It gets difficult sometimes, this is my second film with them and one can easily get into a repetitive mode with them and things can start looking similar to our last film,” he says adding that having strong characters in the storyline becomes essential. “Now if you see Katrina with Salman, it is different from her character Zoya in Tiger Zinda Hai,” he says.

Bharat also features Jackie Shroff and Disha Patani in prominent roles and is set to release on June 5.