'Jab SRK met SRT': When two superstars of the country posed for an epic picture

The Master Blaster posed with Bollywood superstar as the two attended the star-studded Ambani's bash this weekend. 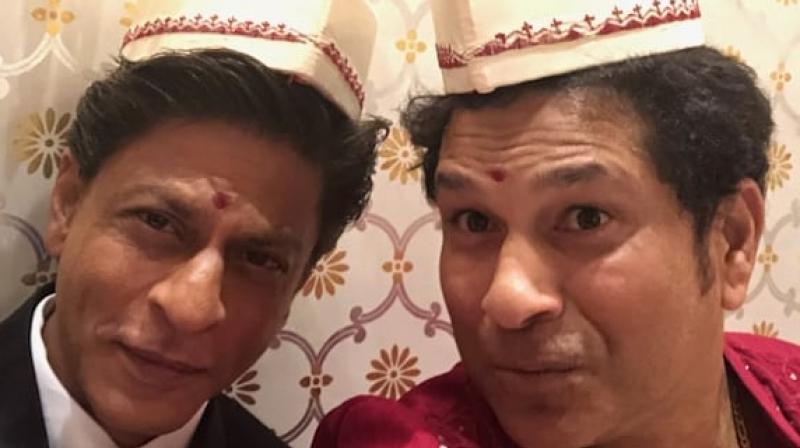 Taking to Instagram, Tendulkar on Monday shared a selfie with the 'Raees' star with a quirky caption that read,"Jab SRK met SRT."

The eldest son of Mukesh Ambani and Nita Ambani, Akash, created headlines as he exchanged rings with his ladylove Shloka Mehta in Mumbai on Saturday night.

Celebrities from the Bollywood industry showed up to grace the evening.

Akash proposed to Shloka couple of months ago at a private ceremony in Goa that was attended by both the families.

The wedding date is yet to be finalised.