Trained and groomed by the acclaimed filmmaker to face the silver screen, Meezaan is all set to make his big Bollywood debut with Malaal. 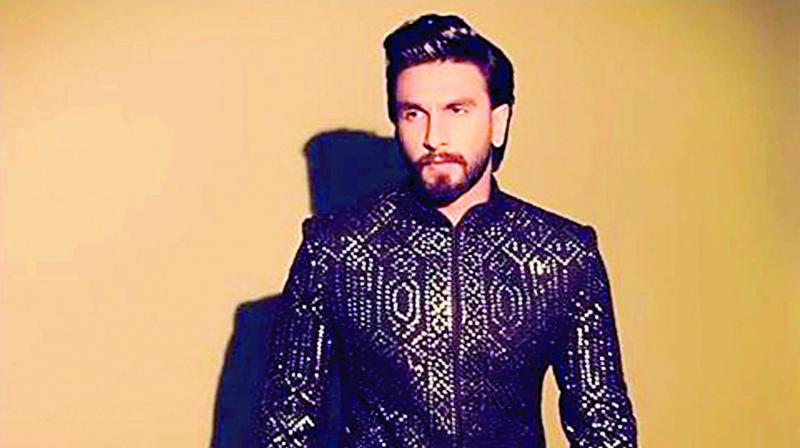 While filling in for Ranveer Singh on the sets of Padmaavat, Meezaan Jaffrey would have never imagined that he would be launched by Sanjay Leela Bhansali himself. Trained and groomed by the acclaimed filmmaker to face the silver screen, Meezaan is all set to make his big Bollywood debut with Malaal. The young actor who has quite a fan following has now taken the Internet by storm with a video of him shaking a leg with Ranveer Singh. Meezaan and Ranveer attended a wedding where they set the dance floor on fire with their moves and had guests cheering on.

Interestingly, Sharmin introduced Meezaan to his mentor Sanjay Leela Bhansali on the sets of Bajirao Mastani and he later assisted the filmmaker on the blockbuster Padmaavat. It’s learnt that Meezaan also doubled up as Ranveer and stood in for him during the filming. Says Meezaan, “Actually that was the Ambani wedding. Ranveer is someone who is so full of energy that it’s infectious. I often meet him at these functions and he is always the one who is dancing and so am I. I remember this one time he told me ‘Meezaan, when you have to do something, do it like you are going to die if you don’t do it’. That’s the kind of involvement he gives to everything he does. In fact, when I was shooting for Aila Re, I had to constantly think about how Ranveer would do it because it requires so much energy. He is an amazing actor and there is so much to learn from him."