Delhi girl Ishika Taneja, who made her Bollywood debut with Indu Sarkar’s promo song, talks about working with Bappi Lahiri and Madhur Bhandarkar. 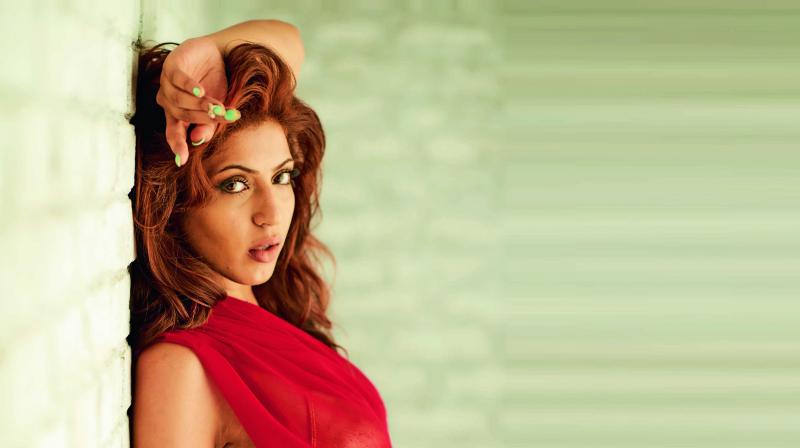 mong all the controversies that Indu Sarkar got itself embroiled into, one was the song Dilli Ki Raat, which has lines like Salaam Karo Dost, Ke Baap Aaye Hain, which apparently paid an ode to the most powerful politician in the country. However, amid all these controversies, it was lost that a Delhi girl made her Bollywood debut with this song. Miss India Tourism Ishika Taneja, however, seems unfazed by it all and is currently busy celebrating her foray into the big world of Hindi cinema. “All this is very new to me. I am scared and sceptical about the future. I had not planned on making my debut like this. It just happened. I was never very sure if I should enter this industry but when Madhur (Bhandarkar) ji, who is a family friend, asked me to do a song that was dedicated to R. D. Burman with Bappi Lahiri, I couldn’t say no.”

Giving her nod was just the beginning. Since the song was shot in a retro style, Ishika had to get the feel and look right before she began dancing to the track. The beauty expert says that she had done her homework. “Like any true-blue Punjabi, I love to dance. I had learnt few western forms as a child, but this song was different. I saw many songs of Helen and Zeenat Aman ji and picked up things from their disco styles. I think my team was happy because I could learn everything quickly.”

But does she consider doing an ‘item number’ as an ideal way of making a debut? She says, “I don’t think that there’s any ideal way as such. I take life as it comes. I am a live-in-the-moment kind of a person. I attempted the Guinness World record of doing fastest airbrush make-up in an hour because I felt like it. In fact, I am doing one more item number beside acting in a web series by Vikram Bhatt and doing a film as a lead. For me, people are more important than the projects. I had rejected many offers earlier because the people behind them were not that well known. When you work with someone like Madhur or Vikarm ji, you know how you will be represented on the screen. It will sexy but not vulgar. I had long discussions with Madhur ji over my costume and he was sweet enough to let me choose my gown for the song.” 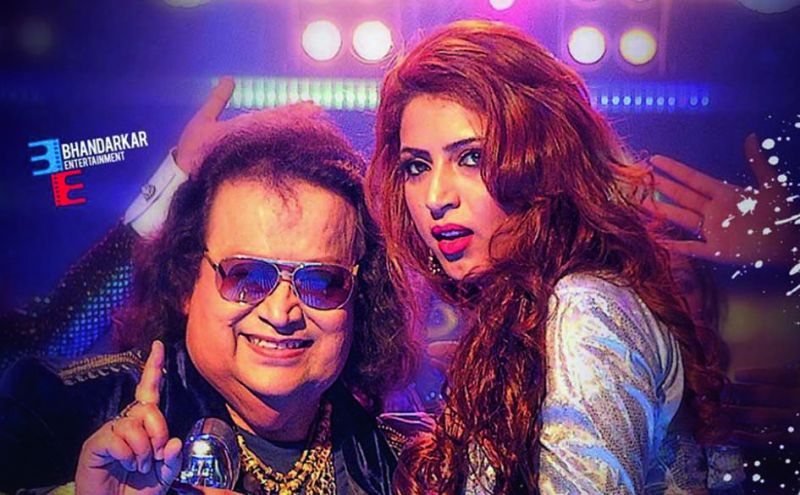 Featuring with Bappi Lahiri was also an achievement for Ishika. She says, “He is a legend. Yet he was extremely humble. He kept motivating me after every shot. He started the conversation because he knew that I was nervous being a newcomer. He shared with me about how more gold brings more luck to him. It was a beautiful experience because I had heard that Bollywood people have a lot of attitude. Working with Bappi da and Madhur ji, made me realise that it’s not true.”

Ask her what kind of films she wants to do and she reiterates that it’s the people she trusts, not portrayals. “I firmly believe your actions should bring about a change in the society and cinema is a potent tool to usher in change. I would want my films to have lasting impressions on the audiences. But at the same time, I want to do action films, comedies and outright entertainers. I am a huge fan of Sanjay Leela Bhansali and Imtiaz Ali. It’s my dream to be part of something they create.”