Shah Rukh Khan and his youngest son AbRam have always made for an adorable father-son pair in Bollywood. 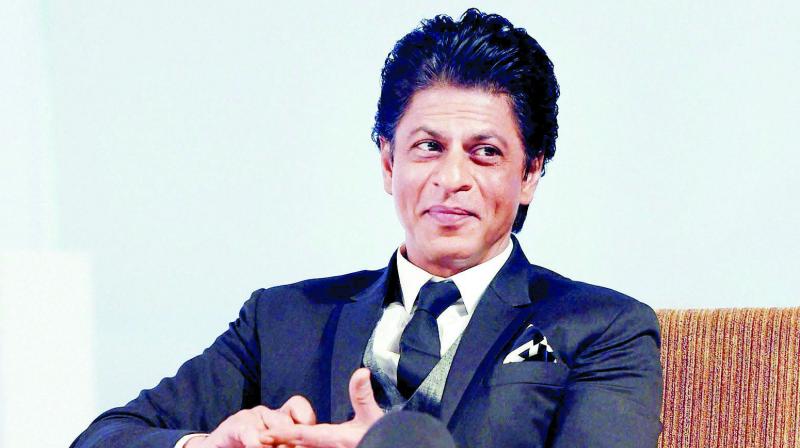 Shah Rukh’s photogenic son, AbRam has been snapped a couple of times by the paparazzi. So it was strange when the actor ensured that AbRam clung onto him.

Shah Rukh Khan and his youngest son AbRam have always made for an adorable father-son pair in Bollywood. However, the actor was spotted taking his son AbRam and running away from the media. It was a very unusual sight for everyone to see Shah Rukh running away with his son in his arm, away from the eyes of the media. The actor was returning from a short flight from the UAE where he had gone with Anushka Sharma to promote his film Jab Harry Met Sejal when he shielded AbRam from the paparazzi. Anushka, who was accompanying the actor, was grinning from ear to ear as she witnessed SRK’s protective side take over.

SRK normally poses before the media for pictures and even if he doesn’t stop, he is quite cordial. So, what prompted him to run away? “AbRam had slept off in the flight and was a bit under the weather. SRK knew that if the media came and he stopped for pictures, there would be a ruckus caused by fans around as well and AbRam would wake up. Hence Shah Rukh was a bit concerned and made a run for it as the paparazzi kept snapping away,” says a source.

But the SRK run with AbRam made Anushka grin from ear to ear as even she had not seen SRK do this before, but then the dad overpowered the superstar to do this.