But ever since the announcement of the project, it seems people are out to discredit Anand’s work. 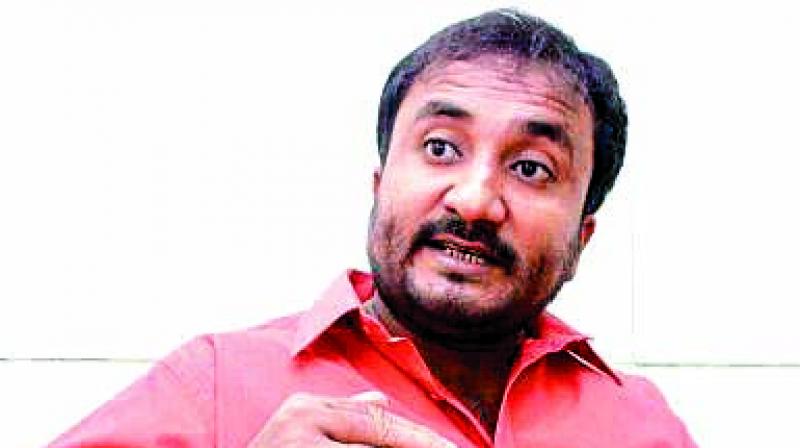 Bihari mathematician Anand Kumar is best known for his endeavour to educate talented students from economically backward sections of society to crack the IIT-JEE examination. His work has won him such recognition that a biopic featuring Hrithik Roshan in the lead role is being made based on his life.

But ever since the announcement of the project, it seems people are out to discredit Anand’s work. Even his erstwhile partner and friend has gone on the record and accused him of hogging all credit for the Super 30 project.

And that’s just the beginning. Accusations and allegations against Anand have multiplied in recent months. Just a few days ago, some of Anand’s students accused him of giving out incorrect information about his institution’s success rate. But the educator remains unfazed.

“The truth will always come out, no matter how much it is subverted,” he says.

Meanwhile, filmmaker Prakash Jha has announced that he plans to make a biopic based on another well-known mathematician from Bihar. And this is being seen as another move to steal Anand’s thunder.

But the story runs even deeper. A source reveals that Anand Kumar and Prakash Jha have a complicated history. “Bachchan sahab’s character in Jha’s film Aarakshan was supposed to have been based on Anand Kumar. Jha even invited Anand to help with the project, but Anand was very unhappy with the experience, and he conveyed his disapproval to Jha. The filmmaker’s announcement of a film based on another Bihari mathematician is his way of getting even,” the source says.

Phantom Films, the producers of the Anand Kumar biopic are aware of the negative stories being circulated, but they’re not too bothered by them.

“We know where they are coming from, and why. But we won’t give in to the arm-twisting tactics employed by people that Mr Kumar was associated with in the past, who are now determined to gain attention and money,” says a source from Phantom.

To Anand Kumar’s relief, there’s at least one prominent figure who’s come out in support of him – veteran actor Shatrughan Sinha. “I’ve known Anand Kumar for decades. He is an honest, idealistic educationist who has never bothered about finances. If he wanted, he could’ve easily made millions from his coaching institute. But his focus is on educating the poor. It’s sad that we Indians suffer from crab mentality. We won’t do anything noble, nor will we allow anyone else to. It is my humble appeal to those who are attacking Anand – leave him alone. He completely deserves the fame he is getting. Who are you to question it?”