The actress discusses Bollywood films and the complex issue of representation in cinema worldwide. 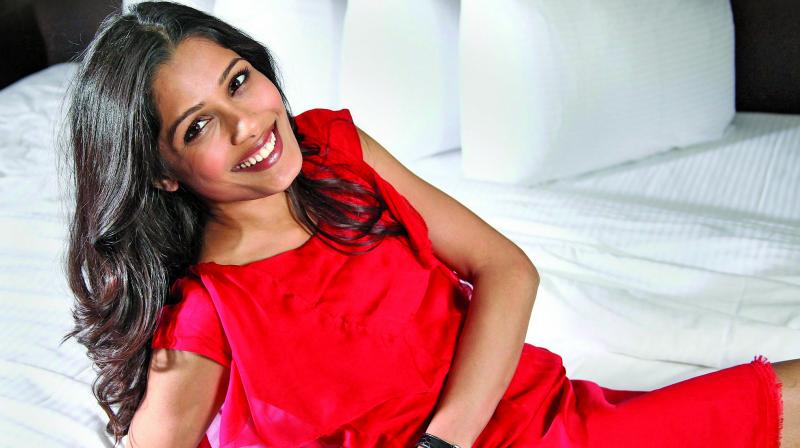 The Indian Film Festival of Melbourne started on a high note on 10th August 2018 with a rather amazing press conference, which had Rani Mukerji, Rajkumar Hirani, Freida Pinto, Vicky Kaushal, Richa Chadha and Ali Fazal in attendance.

The theme of the Festival this year was ‘Inclusion’ which opened the floor for a rather wide debate on the kind of films that are being produced in Bollywood. The Slumdog Millionaire actress, Freida Pinto, who was born and raised in Mumbai was asked whether she agreed upon the existence of nepotism in the Hindi film industry.  “I have personally not been part of a Bollywood film per say. So I’m not aware. But I think it’s sad that so many Bollywood films for the sake of marketing will project all the wrong aspects of the film, thinking that would work - like the lead pair indulging in a kiss.” Freida’s latest film Love Sonia, won the award for the Best Indie Film and she also bagged the Diversity Award this year. Speaking about her experiences with race and colour the actress said, “I have really tried to understand why people acted colour blind. The thing is, if someone sees me, they can always see the colour of my skin. It is brown and I am obviously Indian and I don’t want someone to be blind to that. You can accept me for who I am.” The discussion progressed to highlight the stereotypes associated with writing for different racial characters, “I am very proud that because of the colour of my skin more people get jobs, so I think it is about accepting that there are different colours but also being able to write roles for every colour that one would write typically for the white race. The roles of white people are flawed, complex, badass, they have vulnerabilities, they are not one-dimensional and that is what I look for in every character now. When I first came into the scene, I wanted people to be colour-blind and then it struck me, wait! I don’t want them to be colour-blind. I want them to see my colour. I don’t want to be a white person!” Her last film Love Sonia, received a standing ovation during the opening night of the festival and is directed by prominent Hollywood producer, Tabrez Noorani. The film talks about the life of a girl who gets trapped in the global sex trade and tackles the issue of sex trafficking in an honest and delicate manner.