With collections of Stree doubling on day two, the weekend collections are expected to hit 30 crores. 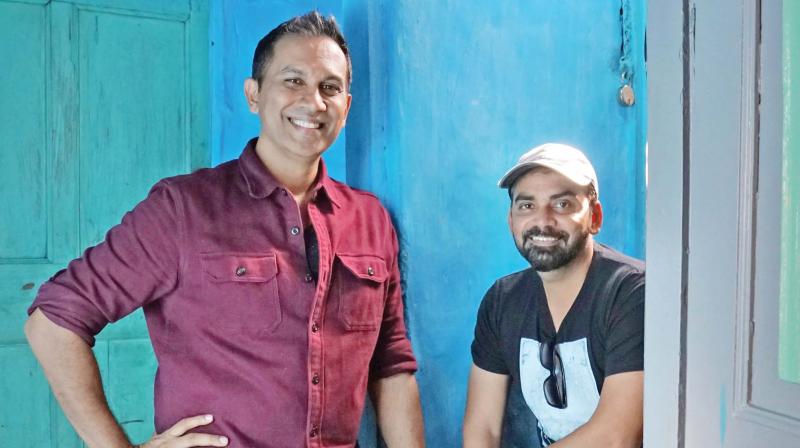 With collections of Stree doubling on day two, the weekend collections are expected to hit 30 crores. Talking about the success of this shiver-giver, producer Raj Nidimoru says, “We cracked the idea of men in a small town being threatened by a supernatural woman—quite a reversal of the gender dynamics—a few years ago. We were not sure whether we should actually show the supernatural presence on screen, or just use it as an idea to create an obscure fear that would make the audience giggle uncomfortably. Then we decided to go the whole hog. Why do horror films only pitch the idea of a spirit?  Why not actually show it? We did, and it seems to have worked.” Krishna DK finds the response heart-warming. He says, “We expected the collection for the first day to be between 4 to 5 crores. It is almost 8 crores, far beyond what we expected. The audiences’ response is gratifying. Our blend of horror and laughter is not an easy mix to pull off. But we’ve managed to do it, it seems.”

Though fusing mirth and terror is Raj and DK’s signature style, DK explains why the duo took a rain check on directing this film: “When we cracked the idea, we had the choice of either waiting until we were free to direct the subject ourselves or letting someone else direct it. We chose Amar Kaushik, who was our first assistant on Go Goa Gone. If we had waited we might have forfeited the uniqueness of the idea.”

Though Stree has made a decent opening at the box office, the duo’s previous two films, Happy Ending, and A Gentleman didn’t enjoy the same fate. Raj ascribes this to the pressure of directing for a studio, “Though we enjoyed writing and directing both films, the anxiety to deliver a hit is definitely higher when you are making a film for the studio. There are stars to be considered, songs to be put in, so on and so forth. When you produce a film yourself—as DK and I have done for the first time with Stree—there is more freedom to use your creative urges as you want.”

Talking about their upcoming project, Raj says, “Though it’s been five years, Go Goa Gone and its zombie theme are still talked about and the demand for a sequel has grown. So yeah, we are directing the sequel to Go Goa Gone next.”