The actress’ latest indie-comedy drama premiered at the Music Box theatre in Chicago. 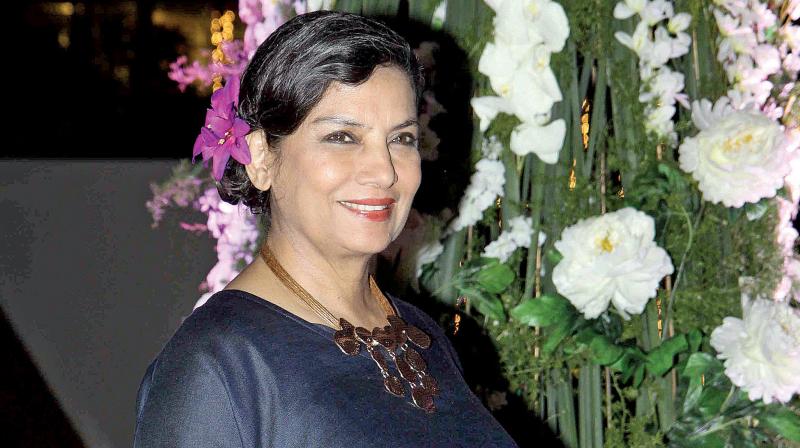 Veteran actress Shabana Azmi was in Chicago this week for the screening of her new international project Signature Move, a film about the relationship between a Muslim lesbian wrestler and her conservative Pakistani mother, played by Shabana. The film premiered at the prestigious Music Box theatre on September 29.

Speaking from Chicago, the 67-year-old actress said, “The response was excellent. And my scenes were greeted with much laughter. Why I’m becoming a comic actor in my old age I don’t know! But my controversial Fire was screened at the same theatre 20 years ago, and a lot of the audience became nostalgic.”

Offering an interesting contrast, while Shabana had played the role of a lesbian woman in Fire, she plays a lesbian girl’s mother in Signature Move. “I play the mother of a girl, who I discover is a lesbian and a lucha libra wrestler! It’s a terrific time to be an actor. We got a tremendous response in Chicago.”

On September 30, Shabana was also presented the Lifetime Achievement Award at the eighth annual Chicago South Asian Film Festival. Talking about what’s in store next, the hyperactive actress and activist adds, “There is a screening of my new film, Aparna Sen’s Sonata in Chicago. Then I am off to Toronto for a show of my play Broken Images on October 1. Then I deliver a lecture on Gandhi Jayanti at McGill University in Montreal, and on 2nd Oct on the root issues of violence against women”

A full plate, huh? “It’s one life and so much to do. I’ll see you soon,” signs off Shabana.