Kapil is known to have quirky and humorous interactions with celebrities coming to promote their show. 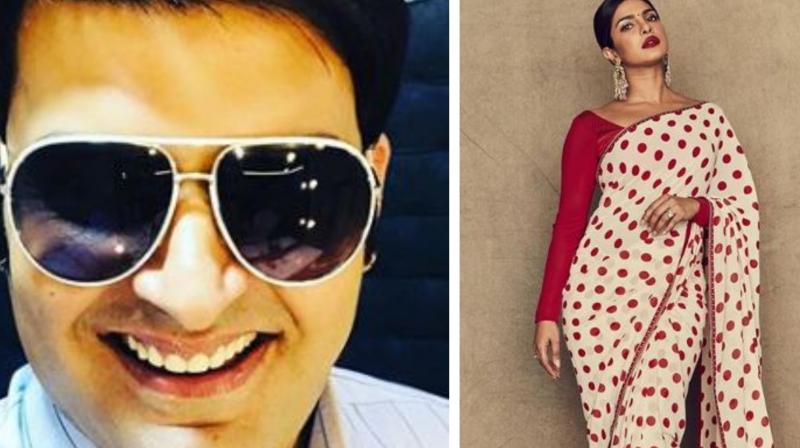 Mumbai: “Desi girl” Priyanka Chopra is going to be seen on the silver screen with Shonali Bose’s The Sky Is Pink. Everyone’s eagerly waiting to see her stunning performance. The dusky beauty is busy with the promotions of her upcoming film, in India.

Recently, the leggy lass was seen visiting India’s most entertaining, comedy show The Kapil Sharma show. Kapil is known to have quirky and humorous interactions with celebrities coming to promote their show.

Kapil posted a video on Instagram where he had a cute banter with Priyanka. Kapil reminded her how both got married in December 2018. He further asked if hubby Nick Jonas takes the blessing of mom Madhu Chopra or just blows kisses in the air. Priyanka gaves a sassy reply.  She said, “Dono ke beech mei! Bechara hug karta hai mummy ko!" The meaning of the same was mommy Madhu Chopra is non-biased and takes the middle route, and he agreed.

The Sky Is Pink is a true story based on the life of a teenage girl named Aisha Chaudhary whose detected with a fatal terminally ill disease- pulmonary fibrosis. Along with Priyanka, Bollywood star Farhan Akhtar will be seen with Rohit Saraf in lead roles. The movie is slated to release on October 11.