The makers have unveiled the trailer of our magnum opus ‘2.0’ starring Rajinikanth, Akshay Kumar, Amy Jackson in lead. 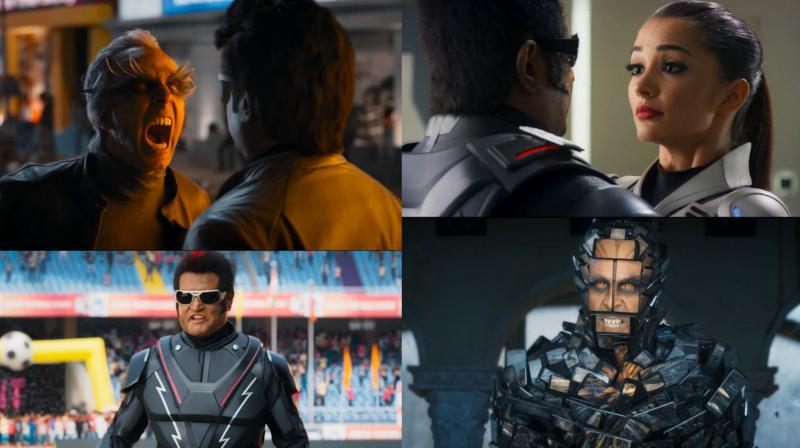 Mumbai: The much-awaited trailer of Rajinikanth-Akshay Kumar starrer 2.0 is finally here. This is the first time that Akshay Kumar and Rajinikanth will be seen sharing the screen space together. 2.0 is touted to be the costliest Indian film ever made.

The latest glimpse of 2.0 boasts of some stunning VFX on par with Hollywood standards. Akshay Kumar plays the antagonist in the movie and Rajinikanth will be seen saving the world from his wrath as Chitti, the robot 2.0. The trailer shows Rajinikanth's Chitti and Kumar battling it out while causing mayhem across the city. While Akshay is terrifying in his menacing avatar, Rajinikanth slaying in his character like he always does.

Written and directed by S. Shankar and '2.0' is being produced in both Hindi and Tamil.  The sci-fi film Amy Jackson, Sudhanshu Panday in pivotal roles. The music is given by music maestro A R Rahman that surely adds oomph to this magnum opus. The movie is set to hit the theatres on November 29, 2018.