It won’t be wrong to say that the 35-year-old actor is pushing the envelope with each of his films. 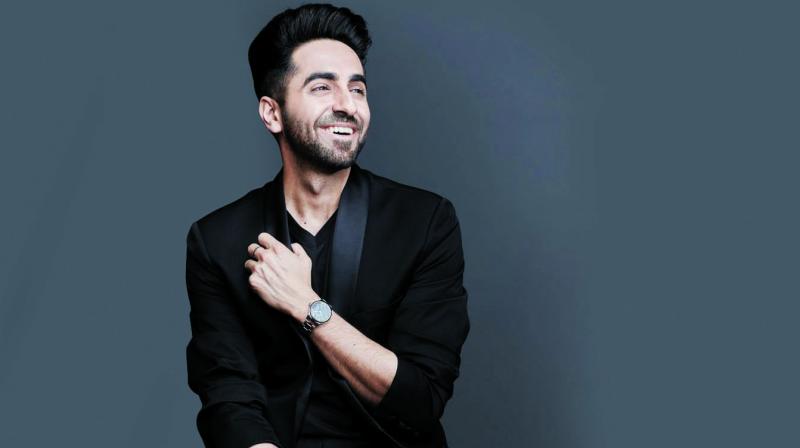 In a freewheeling chat, Ayushmann Khuranna talks about Bala’S tussle with Ujda Chaman, roles he chooses and how success changes people’s perception.

Going by the string of back-to-back successes, Ayushmann Khurrana has seemingly mastered the art of choosing scripts that work for him.  What sets his performance apart from others is the effortlessness with which he gets into his characters. Perhaps, he has even understood the pulse of his audience. But the actor modestly brushes off his winning streak and says, “I don’t know if I am a star. Stardom, by default, makes you an opinion leader. And everybody puts you on a pedestal and expects you to have an opinion on everything. At the same time, there is also a thin line between contentment and ambition. You have to find a middle path to be sane. You just have to go with the craft and not think about commerce because that’s not your headache.”

Since his Bollywood debut with Vicky Donor in 2012, Ayushmann has played many versions of Dilli da Munda and each character has been starkly different from the other — a testament to his acting chops. However, the Badhai Ho actor has been strategically balancing his light-hearted comic roles with those with social messages. His next Bala is the story of a man who deals with premature balding. Speaking about what made him sign on the dotted line, Ayushmann says, “I have ventured into far-fetched territories and this is the one I feel empathy with. Many of my friends have dealt with premature balding and I have met those who are bothered by it and the ones who aren’t. The idea is to love yourself and that’s the message in our film.” The film has had its fair share of controversies for its similarities with the recently released film Ujda Chaman that deals with the same topic. But Ayushamann is confident about Bala. “If the film is good, it will do well and that’s it. It’s a beautiful film and a different film and you will realise that once you see it.”

It won’t be wrong to say that the 35-year-old actor is pushing the envelope with each of his films. But Ayushmann explains that it is now becoming difficult to choose topics, which are rare and novel, every single time. “I am glad we are born in a country that has so many taboo subjects. Our country has both conservative and progressive people, so when they meet, comedy ensues. My aspiration will be to choose topics that are novel and different,” he assures.

After seven years in the industry and experimenting with roles and characters, the actor has finally found his space. He says, “The idea is to just have your own space, discover it like Bala. It took me some time to discover myself also. I have discovered this is my zone and I need to consolidate that and play on my strengths.  My zone is quirky but once in a while, I will venture into an Article 15. I am glad I started with Vicky Donor and at a time when content-based films started becoming successful.”