The filmmaker is inconsolable when it comes to remembering his wife Sridevi, at a recent book launch. 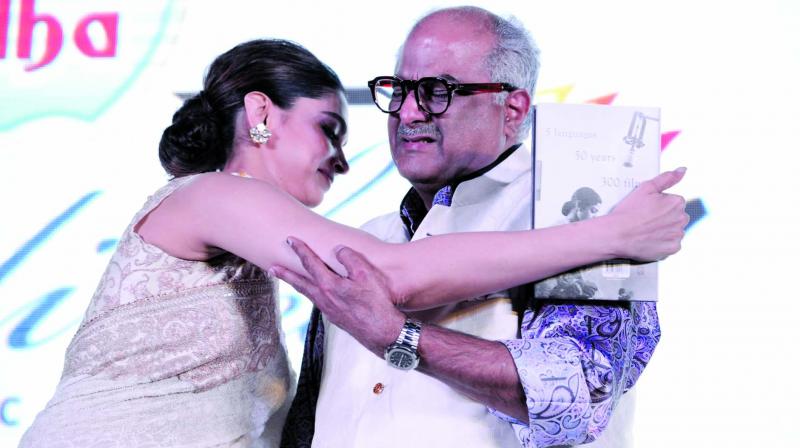 Boney Kapoor seems to be inconsolable when it comes to remembering his wife Sridevi. One can recall the producer crying relentlessly while accepting the ANR National Award on her behalf last year. He broke down yet again during a chat show earlier this year while talking about her. Later, during the launch of her statue at Madame Tussaud’s Singapore in September this year, Boney was very emotional when his daughters Janhvi and Khushi joined him for the unveiling.

And now, when he went for a book launch on Sunday evening in New Delhi, he could not hold back his tears as he spoke about the first female superstar of Indian cinema. “He first had tears then started sobbing and Deepika Padukone, who was also present for the launch of Satyarth Nayak’s book Sridevi: Girl Woman Superstar, had to hug and console him to stop his tears. He has still not gotten over her sudden death,” says an eyewitness.

Sridevi expired last year on February 24 due to accidental drowning at a Dubai hotel.
—Sanskriti Media