The film is inspired by the life of Arunachalam Muruganantham. 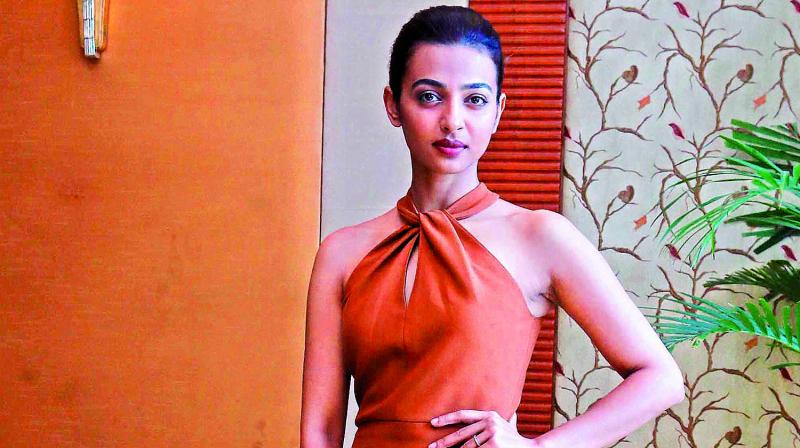 Radhika Apte is a no-nonsense actress. Any question that rubs her the wrong way will invite her wrath. Earlier, questions on cat fights have peeved the actress, and on being quizzed about it again, Radhika lost her cool.

At a recent media interaction, when she was asked about her equasion with her Padman co-star Sonam Kapoor, since there are no reports of cafights, Radhika was miffed.

“We don’t have too many scenes together, but I really like her spirit. She is a lovely, wonderful actor, and a wonderful girl,” Radhika shot back. “And why should there be problems?”

Meanwhile, Padman’s trailer and song have already amplified audience expectation from the movie, and Radhika assures it’ll be an absolute entertainer. “I wish the film is a big success, and it will be because it’s a great topic,” Radhilka smiles. “It’s made with a lot of dedication and thought.”

Prod her further, and she adds, “It’s a subject that needs to reach as many people as possible. That’s the effort from our side — to spread awareness and also entertain.”

The film is inspired by the life of Arunachalam Muruganantham, who found a way to make affordable sanitary napkins for women in his village. Padman will release on Republic Day.