Rakul not visible in Aiyaary trailer

The actress, whose career in B’wood hasn’t fared well, still has high hopes from the film. 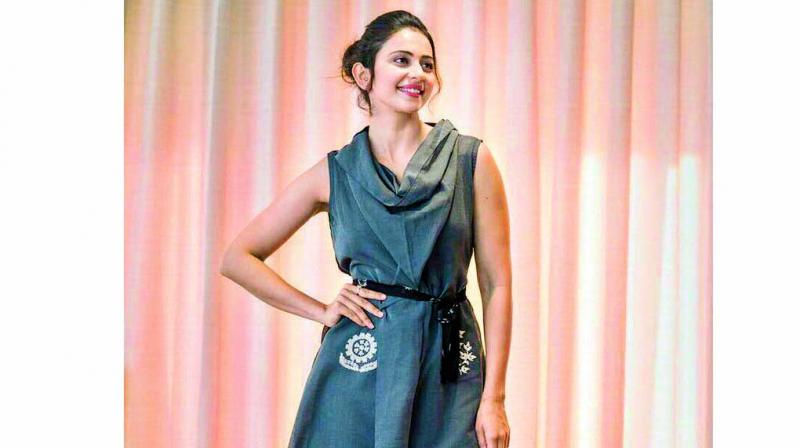 Rakul Preet Singh is all set for a relaunch in Bollywood. After Yaariyan went unnoticed, she’s all set to make another attempt at a career in Hindi movies, with Neeraj Pandey’s Aiyaary.

However, one gets a mere glimpse of Rakul in the film’s trailer. Reacting to her scarce presence, Rakul says, “I’m sure the Aiyaary team has a strategy. To be honest, I took Aiyaary for the sheer pleasure of working with talents like Neeraj and Manoj Bajpai. Every actor is an important character in a Neeraj Pandey film.”

She goes on to cite that while M.S. Dhoni: The Untold Story was a story on the cricketer, the women too had an important role. She says, “The women, his family, coach were important. I don’t know how my role has shaped up in Aiyaary, but I’m sure I won’t be disappointed.”

Rakul was disappointed when her efforts at being relaunched last year came to naught. “I did a beautiful film, Shimla Mirch, with Rajkummar Rao. It was supposed to be director Ramesh Sippy’s comeback film. The film got stuck due to some internal problems. It’s not as if I am pining to do  Hindi films, per se. For me, films in any and every language are equally important.”