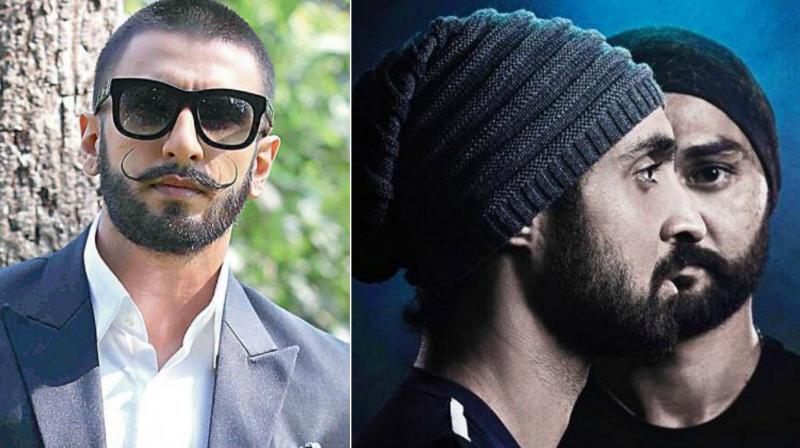 Mumbai: Diljit Dosanjh is all set to portray the character of hockey star Sandeep Singh, in his biopic, titled 'Soorma'. However, the Punjabi singer-turned-actor was not the first choice to play the part. One of the earliest contenders for the role was 'Bajirao Mastani' star Ranveer Singh.

But due to date issues Ranveer couldn't do the film and it eventually came to Diljit Dosanjh, who has impressed Bollywood cinegoers with his impeccable performance in 'Udta Punjab' and 'Phillauri'.

When asked if opting for Diljit, his next best choice, Sandeep Singh, better known as Flicker Singh on the field, told Bombay Times, "It took a lot of effort for Chitrangada Singh to put this project together. She met a lot of filmmakers, actors and writers for the project. We wanted someone who looks real while playing me on screen. Diljit pagwala (turbaned) banda hai, main bhi hoon. Back in those days when we had started work on the project, Diljit paaji was not doing Hindi movies. He was a pure Punjabi artiste then. So, at that time, Ranveer Singh was the actor we were all keen on. But between 2016 and early 2017, Udta Punjab and Phillauri forced us to change our perception and rethink our decision. We eventually zeroed in on Diljit paaji; it was a near-unanimous decision. Today, if you see him on the field while shooting, he has transformed himself. He has put in a lot of effort to get his act right."