With numerous sequels of hit films slated to release this year, makers are looking to cash in on their previous successes. 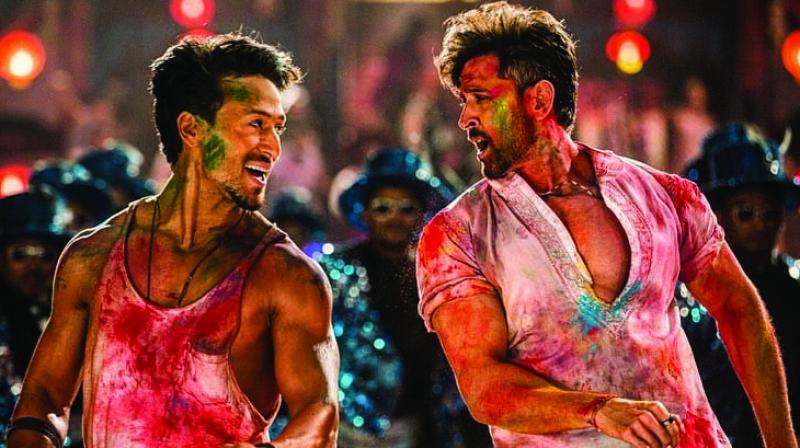 A still from the film WAR

This year will witness the multiple sequels as a bevy of franchises are all set to scorch the silver screen. Teeing off the sequel mania will be the unofficial third part of ABCD called Street Dancer 3D, the third part of the first-ever dance franchise directed by Remo D’Souza which has seen Ganesh Acharya and Prabhudeva in the first part followed by the addition of Varun and Shraddha Kapoor in the second part. Katrina Kaif was to replace Shraddha in Street Dancer, but had to opt-out to accommodate Salman Khan’s Bharat. The film will also see other new faces such as Nora Fatehi. “She is one of the best dancers in the world and brings a lot to the screen when she is dancing. She is the newest entrant to our family,” says Shraddha about what more can one get from the franchise.

WAR hero or rather villain Tiger Shroff will be seen in the Ahmed Khan helmed Baaghi 3. Tiger had appeared in the sequel to Student of The Year in 2019, which received a lukewarm response. But, with Baaghi, he is back on home turf to entertain again. This time he has Shraddha Kapoor as his heroine again, after Baaghi. While Shraddha has two sequels, Kartik Aaryan will be a part of three sequels. First, he will be seen sharing screen space with Sara Ali Khan in the Imtiaz Ali redux of Love Aaj Kal, which will not be called Love Aaj Kal 2. He will also, be seen in the Anees Bazmee directed Bhool Bhulaiyyaa sequel with Kiara Advani and in the Colin D Souza directed Dostana sequel with Lakshya Advani and Janhvi Kapoor.

With a surfeit of films knocking at theatre complexes, filmmakers need to get more innovative than just make sequels feel Bollywood pundits. Publicity expert Rajesh Vasani says, “As long as filmmakers do something more interesting than what the audience is expecting, these films will do well. Everyone wants to see something new.” Perhaps that is what will happen when Irrfan Khan returns from his medical hibernation for the release of his sequel to Hindi Medium called Angrezi Medium where he will be seen with Kareena Kapoor Khan and Radhika Madan. The first part was a runaway hit and is perhaps Irrfan’s best Bollywood commercial oeuvre till date.

There is a lot of anticipation when three of the Bhatts lock horns in the sequel to Sadak titled Sadak 2. The expectancy has increased also because the film will mark the return of the prodigal — the maverick Mahesh Bhatt as director after 22 years, who is wielding the megaphone to direct his other daughter Alia along with his first-born Pooja.

Priyadarshan too marks a return to Bollywood after seven long years when he helmed Rangrezz in 2013. He directs Malaal man Meezan Jaafery and Pranitha Subhash in the sequel to Hungama and which also marks the return of Shilpa Shetty Kundra to films after six years.

Next will be Milap Zaveri directed Satyamev Jayate 2, that is a sequel to the 2018 John Abraham starrer Satyamev Jayate. The film was a runaway hit in the single screens and will arrive on Gandhi Jayanti. Milap is taking corruption issues to another level with the film. “In the first part, we spoke about corruption and the second part we will talk about how it has spread from the politician to the police and from the corporates to the common man as well,” promises Milap. Interestingly Divya Khosla Kumar will return to films as heroine after 16 years.

The Bunty Aur Babli sequel too will be going on the floors soon and Saif Ali Khan will join Rani Mukerji in the film now along with Siddhant Chaturvedi and Sharvari Wagh. It does seem that makers do want to cash in on the previous success and yes, grab the lowest hanging fruits.
— Sanskriti Media