This summer, Amitabh Bachchan is slated to have four releases, while son Abhishek has one release during the same time. 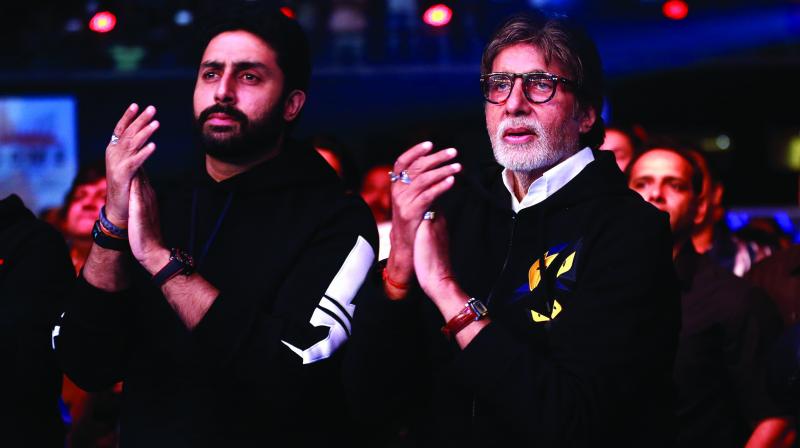 It is going to be a Bachchan film festival in the summer of 2020. And it may well mean that some of the films could get affected if there’s no proper diligence shown while releasing the movies of two of the Bachchans – Amitabh and Abhishek.

Amitabh Bachchan’s tenant-landlord drama with Ayushmann Khurrana directed by Shoojit Sircar is scheduled to release on April 17. The film also has Varun Sharma in a pivotal role and will mark senior Bachchan’s first release this year. The very next Friday — April 24 — will see the Anand Pandit-produced Chehre starring him and Emraan Hashmi. “Sadly, Abhishek Bachchan’s Ludo will clash with his father’s film. It is also a multi-starrer with Rajkummar Rao, Aditya Roy Kapoor, Sanya Malhotra and Fatima Sana Shaikh in it. This means, there will be three Bachchan movies in eight days,” says an industry source.

Meanwhile, Karan Johar had announced that the first part of his ambitious and most expensive three-part film Brahmastra would release in the summer of 2020 that means tentatively in May. If this Alia Bhatt and Ranbir Kapoor starring movie comes in the first week of May or even a bit later, it will already become an overdose of Bachchans.

Jhund, another film starring Amitabh Bachchan as a football coach is slated to arrive around the end of May or early June.

In addition, his most promising television show Kaun Banega Crorepati too will have new episodes this year. No wonder the actor has been complaining of illness, it seems that the actor has overworked himself.
— Sanskriti Media