Bollywood and its stalk value

Badrinath Ki Dulhania is the latest in a long list of B'wood films that has looked at the phenomena of stalking through rose-tinted glasses. 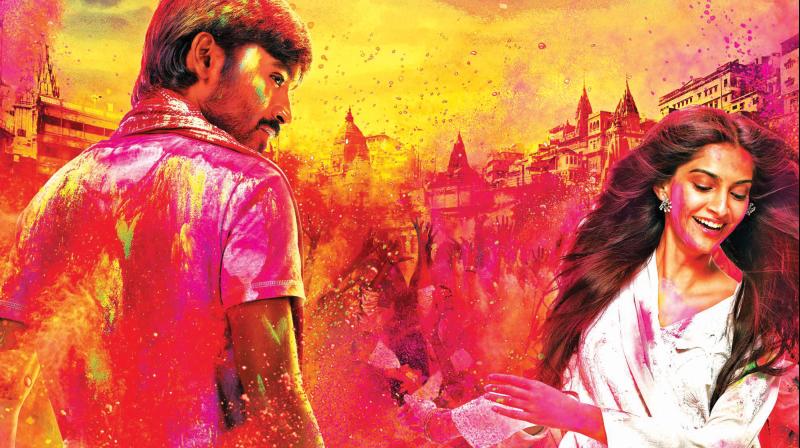 The poster for the film Raanjhanaa

An attractive girl, a persistent Romeo, an initial resistance and eventually a happy ending — Bollywood’s affair with stalkers goes back a long way. Deewangee, Raanjhanaa, Tere Naam are but a few films in recent memory that show the hero playing a glorified stalker, who dilligently pursues the heroine, despite her reluctance, eventually making her fall for his ‘charms’ and give in to his advances.

Karan Johar’s latest production, Badrianth Ki Dulhania, which dropped its trailer on Thursday, seems to be treading the territory too. An obsessed Badri, played by Varun Dhawan, makes multiple attempts to woo Alia’s character, Vaidehi, who after shutting him down ably each time, finds herself falling for the man. The trailer raises an important question: why is it that after all these years, the persistent hero and the reluctant girl formula is a go-to plot? 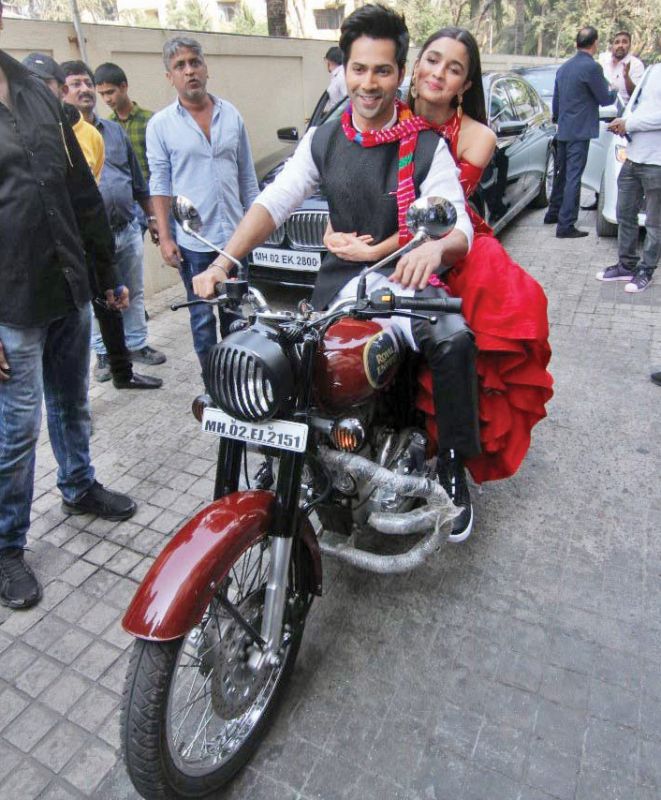 Varun and Alia at the trailer launch of the film. (Photo: Mrugesh Bandiwadekar)

Film historian S.M.M. Ausaja explains that it all boils down to simple math — the combination works every time. He elaborates, “These plots are identifiable because these incidents are common. It is only natural for the boy to woo a girl here. I believe that this storyline gives a lot of permutation and combination for the writer to work with.”

However, not all movies that use this plot point end up with a rosy, picture perfect ending.  Movies like Darr and Raanjhanaa have come with their share of warnings, reinforces Ausaja. “Both the characters in the film eventually do not depict a happy ending. Stalking is portrayed in a negative light. Eventually it is also up to the audiences to take what they want from a film,” he explains. 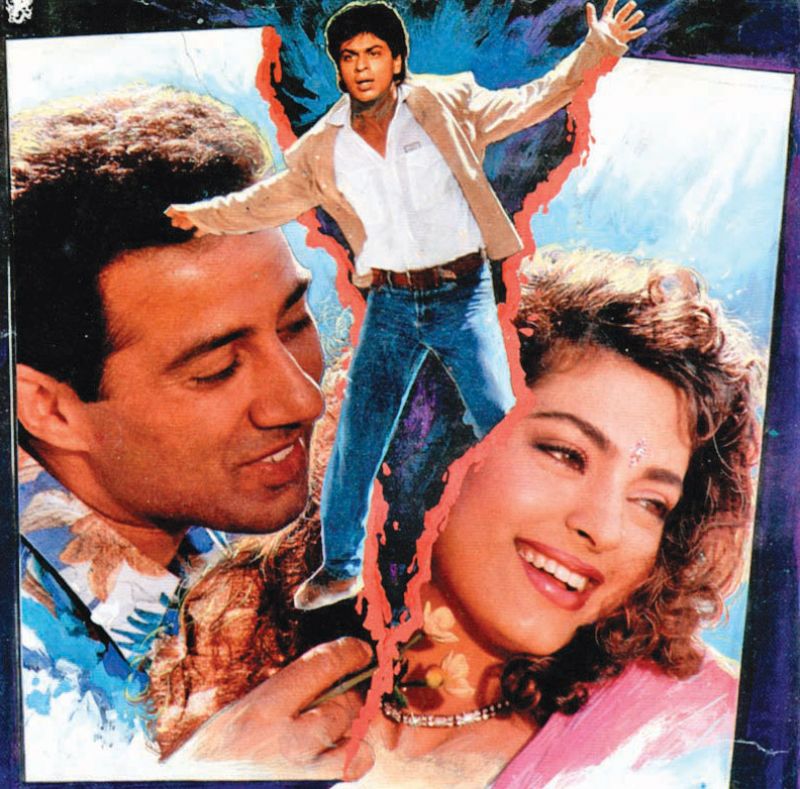 The poster for the film Darr

Does art inspire life, or is it life that inspires art, has been an age-old debate, especially within Bollywood. But if you were to seek director Rensil D’Silva’s thoughts, it’s mostly the latter. He points out that Indian cinema is simply presenting a socio-cultural situation, and not triggering it.

“Unlike in the West, in India, we have a very feudal set-up, when it comes to dating. Here, the boy decides to pursue the girl till she agrees. Films are a mirror and reflect what happens in society,” says Rensil, whose latest offering was TV’s popular show 24, season 2. The filmmaker points out that trailer views for Badrinath (7,432,959 and counting) are an indication of how well received it is.

While such scripts had been lapped up in the past without much thought, they have come to face much flak of late. Comedy collective AIB recently made a popular video indicating all the times Bollywood glamourised its stalkers. The video was met with much appreciation, and even surprised reactions to all the times stalking had been swept under the rug as mere teasing.

True as that may be, Hasee Toh Phasee director Vinil Mathew maintains that it’s nobody’s moral obligation to paint a certain picture on celluloid. “The audiences should keep in mind that films are a fictional representation of social realties. Unfortunately, if we start putting curbs and restricting what filmmakers’ do, then it will limit their creativity. Eventually, this (social problems) will be blamed on films, filmmakers and the CBFC, who will then have an additional moral baggage to deal with,” he says.

Not all feel the same way. My Brother Nikhil director Onir is rather vocal about the portrayal of harassment in Indian cinema, and refuses to associate himself with movies that depict it. He says, “I have always had an issue with films, which show that a man has to force himself to win a girl over. Yes, these kind of films bring in business, but so does human trafficking. But is it ethical? It is up to filmmakers to decide if they are willing to bend rules to make money. I, for one, won’t.”

We tried to contact Karan Johar, who is producing Badrinath, for his comments on the take, but recieved to response.