Anurag Kashyap tells film fraternity to stop being so chicken 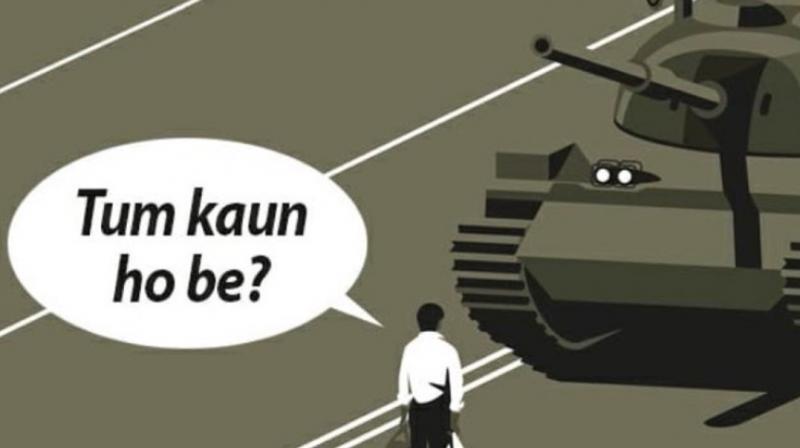 KOLKATA: Deepika Padukone hogged all the causerati credit for making a cameo appearance at the JNU protests last month but it is film-maker Anurag Kashyap, with his outspoken nature, who is slowly emerging as the conscience keeper of the film fraternity.

At the inaugural of the 5th Dumdum International Film Festival in Kolkata Monday, the Quentin Tarantino of Bollywood held forth on the artiste’s social responsibility.

“An artiste should have the guts to talk about his rights. He is the mirror of society, the conscience of society,” said the film-maker, who was among the first from the film fraternity to break ranks with its social cravenness. When the Citizenship Amendment Act was passed, Kashyap issued a hard-hitting statement against it, and volunteered to be interviewed on the subject.

The maker of Gangs of Wasseypur, who was trolled by right-wing forces for his Twitter posts against the CAA, said an artiste should speak the truth instead of making “politically correct statements.”

Suitably, Kashyap’s header image for his Twitter account reflects his anti-establishment attitude. It references the famous photograph of a Chinese man who stood in front of People’s Liberation Army tanks during the Tiananmen revolt in China in 1984 and dared them to run over him. In Kashyap’s header, the man is saying to the tank, “Tum kaun ho be?”

In his interviews in Kolkata, Kashyap eagerly took questions about the recent flight ban imposed by IndiGo and Air-India on comedian Kunal Kamra for the on-video bollocking he gave to alleged journalist Arnab Goswami. Kashyap told The Telegraph newspaper, “I was booked on IndiGo by the organisers (of the film festival) to come to Dum Dum…. After Kamra was banned, I told the organisers I will not fly IndiGo.

At the inaugural he also said he decided to become a film-maker after watching movies at a film festival.

“Had I not attended the film festival and been bowled over by certain films, I would have become something else, perhaps a scientist but not a film-maker,” he said.

Kashyap named Satyajit Ray’s Shatranj ke Khiladi as one of the films that inspired him.

“Bengal has made great contributions to cinema – from Bimal Roy, Guru Dutt to doyens such as Ray and Ghatak,” the maker of Raman Raghav 2.0 and Mukkabaaz said.