After 40 years in Bollywood, Jackie Shroff’s next milestone

Along with Jackie, the show also includes Vikrant Massey and Pankaj Tripathi. 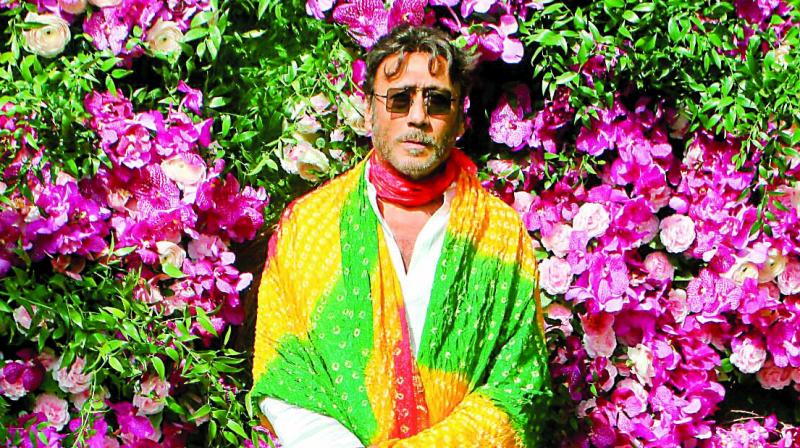 The fire of OTT platforms seems to be catching on, as another Bollywood star Jackie Shroff is all set to debut in a web-series. In a show titled Criminal Justice, which is a remake of the 2008 BBC web-series of the same name, Jackie plays the father of a cab driver (Vikrant Massey) who is accused of killing the passenger who he had a one night stand with.

Talking about starring in a web-series, Jackie says, “Yes, it is my debut after 40 years of working in the film industry because I am doing a web-series. I have already done some short films and I find this medium interesting.”

Along with him, the show also boasts of a talented cast including Vikrant Massey, Pankaj Tripathi, Mita Vashisht, and Anupriya Goenka among others.

“The platform is very good and I had the opportunity of working with some very good actors like Pankaj Tripathi. My children love these actors such as Mita Vashisht and Vikrant Massey, and they are very happy that I am working with these people and on the digital platform as well. Pankaj is such a simple and honest actor and has been around for a while in the industry and I wonder where was he hidden all these years,” gushes Jackie about his co-stars.

Moreover, Jackie says, he went with complete belief in the makers. “Both the directors, Tigmanshu Dhulia and Vishal Furia, had a vision of how they wanted to make it. I just went to the sets with my eyes closed and they made it very easy for me,” says the actor.

The actor feels that the grammar of web series is very different from that of films. “Films have a different lakshman rekha and web-series have their limits. Whatever I said, they let us have it in the dialogues. Emotions don’t change, technology does. So, they let me keep the words I used in my dialogues when I improvised,” he signs off.