Actress Asha Bhat has just made her Bollywood debut opposite Vidyut Jammwal. 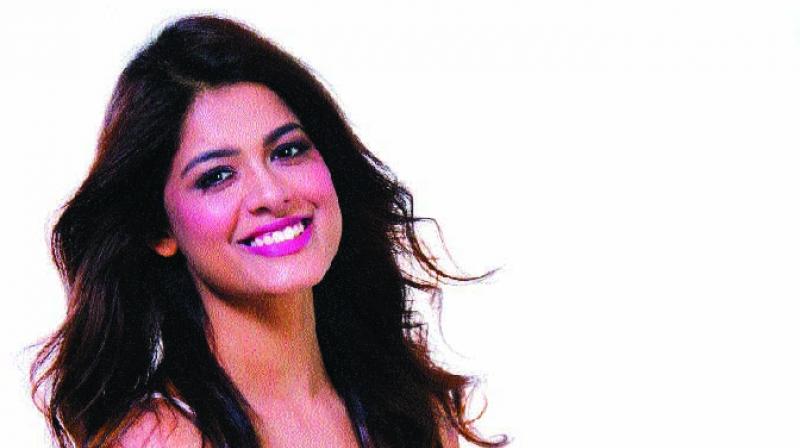 From growing up in a small town called Bhadravati to gracing the big screen in a Hollywood filmmaker’s Bollywood debut, namma lass Asha Bhat has had one exhilarating journey. A small town hudugi who moved to Bengaluru to pursue her engineering, the former Miss Supranational has now made her Hindi film debut in Junglee opposite Vidyut Jammwal. Interestingly, the flick is directed by Chuck Russell who has directed hit Hollywood films like The Mask and The Scorpion King. Recalling how the film happened,  Asha, says, “I got an audition call from Shruti Mahajan’s casting team and I auditioned for both the lead roles and finally after two months of auditioning, I bagged one of the roles. I play a wildlife journalist and truth-seeker in the movie. It was tough to be mum about my signing, but it was worth it.”

As for working with Russell, who has directed the likes of Jim Carey, Cameron Diaz and Dwayne Johnson, Asha reveals, “Having Chuck as my first mentor was phenomenal. He has guided me like a father figure since day one.”

Starting my Bollywood journey with one of the world’s best in the craft is the best thing that happened to me.

Having walked into the journey of unknown for the love of acting being in front of the camera , growing through all the rejections, naysayers, days of feeling defeated and rising up again with hope and a smile — in the end, it was totally worth the wait.

This is a debut I never imagined would happen.”

Working with action man Vidyut was also a great experience for Asha, who connected with the actor over martial arts and food.

“I have been an NCC cadet and have always followed a strict regime — it’s part of my lifestyle. Vidyut is the definition of hard work and discipline, he is wonderful inside out and extremely inspirational — a perfect co-star,” she raves.

A trained Bharatanatyam dancer, Asha trains in Mumbai in other forms of dance too.

As talk veer towards her hometown, she can’t help but get nostalgic about Bhadravati, which she hardly visits nowadays, thanks to her choc-a-bloc schedule. “The place is always in my heart — I terribly miss my parents and home and my favourite pani puri stall! I love pani puri and masala puri back there — they use a special green masala which you don’t get in Mumbai! I’d go there every weekend to devour it,” smiles the gorgeous lass.